If you’re doing one of these things, it’s time to stop. 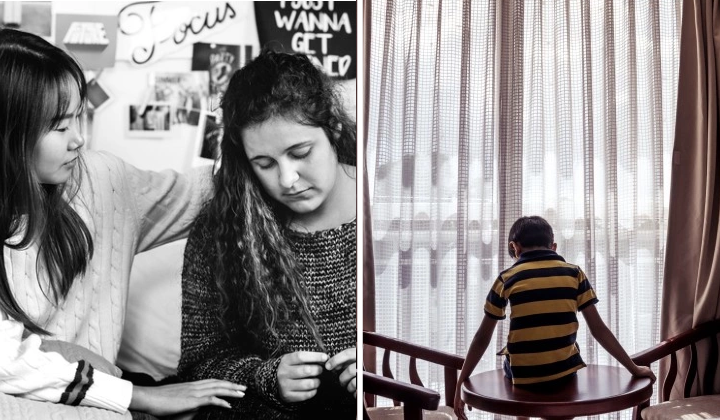 Raising a child can be a daunting task for parents but there are some things that you’re doing right now to your kid right that might be detrimental towards their mental development.

He said that this happens when children try to talk about something, but we distance ourselves by:

He then gave an example of a scenario that might happen:

Dr Redza said that when this kind of behavior is repeated, eventually the child would end up not bothering to try and talk to you.

Another toxic parenting trait is by not showing any facial reaction and completely ignoring the child.

He gave another scenario as an example:

At home, the child wants to tell a story about a new thing that he or she learned from a book. We pretend to listen but end up not giving a response.

This will confuse the child because their parents are not showing any reaction, they’ll just keep quiet in the end.

In fact, we do not even focus on child’s story.

We pretend to listen while watching a Korean drama. We say we wanted to spend time with our children, but we keep playing with our phones and responding to WhatsApp messages.

Paying attention to the child means that we are 100% focused on the child at that time. We are really “present” in front of our little one.

Finally, the last trait that Dr Redza shared was gaslighting, which means that we doubt or deny something the child tells us.

He then gave a few examples:

The child returns from the boarding school and complained that another boy had touched him.

But we answer, “It’s normal. There’s nothing. “

Or the child comes back from the babysitter’s house and complained about how they were treated.

We think that our children is just saying nonsense.

He said that the child will become confused with this sort of response, eventually losing their own self-confidence and think that all of their opinions are unimportant.

It has negative consequences

If you repeat these three habits, this is what happens to your child:

When the child grows up and has a family, they will probably do the same to their own child. Don’t ignore what our children feel. Acknowledge what they feel by the way they look, listen and hug.