In fashion, black holds more positive attributes and is said to be a confidence-booster. 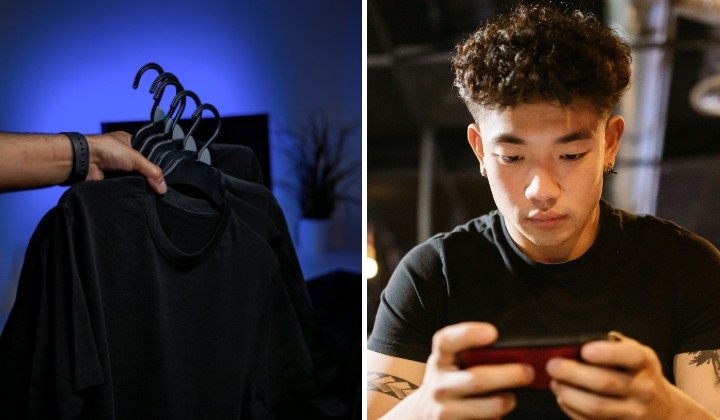 A common belief many people have behind why some people like to wear black is to appear slimmer or because it’s easy to accessorize with.

Fashion preferences aside, while both reasons are true, there is more behind the psychology of why people like to wear black.

The psychology behind the colour black

It turns out that black isn’t a colour but a shade instead. It’s an absent of colours and absorbs (almost) all light in the colour spectrum.

People react to the colour black differently and according to colour psychology, how you feel about the colour highly depends on your personal preference and experience with it.

Positive associations with black include attractiveness and elegance. The colour is often deemed as sophisticated and supports the reason why so many people choose to wear it when attending a fancy event.

According to an article published on website the Verywell Mind, black has also been associated with power, from priests to judges, tuxedos to credit cards, and yes they also mentioned Steve Jobs.

In Chinese culture, black is considered neutral and symbolises power, knowledge, and authority.

There are negative associations behind the colour too and have been used throughout history to evoke feelings of anger, aggression, fear, and sadness.

The Chinese for example believe black is associated with evil and destruction, hence why it’s not advisable to wear black at a wedding.

It’s probably most prominent in our language through the use of expressions like black magic, black hole, blackmail, black market and so on.

Black is an overall powerful colour

In a survey on how people perceived other people based on the colour of clothes they choose, black was seen as serious, reliable and a solid player, ideal for interviews and first dates.

Black’s cousin brown however did not fair well in the survey with only 1% of women and 4% of men who would wear the colour on a first date. While another 2% of women and 8% of men would wear brown to a key appointment.

Read More: Didn’t Get The Job? Blame The Colour Of Your Top

British fashion and style expert Karen Haller says black is a shade that is taken seriously.

As an accredited Colour Affects Colourist with a certificate in Colour Consulting, Karen says that black, when used correctly can communicate glamour, sophistication, and exclusivity.

So why did Steve Jobs choose to wear black turtle necks daily? The late industrial designer and Apple executive famously acknowledged that it was one less decision to make every day.

According to fashion psychology website Psykhe Fashion, people who scored moderate or higher for neuroticism on the Big 5 Model of personality traits prefer wearing black, which is in line with Jobs’s choice of a black turtle neck.

Colour psychologists claim that black has an emotionally protective quality and works to keep others at a distance, which is why sensitive people are thought to choose it as their go-to colour to wear.