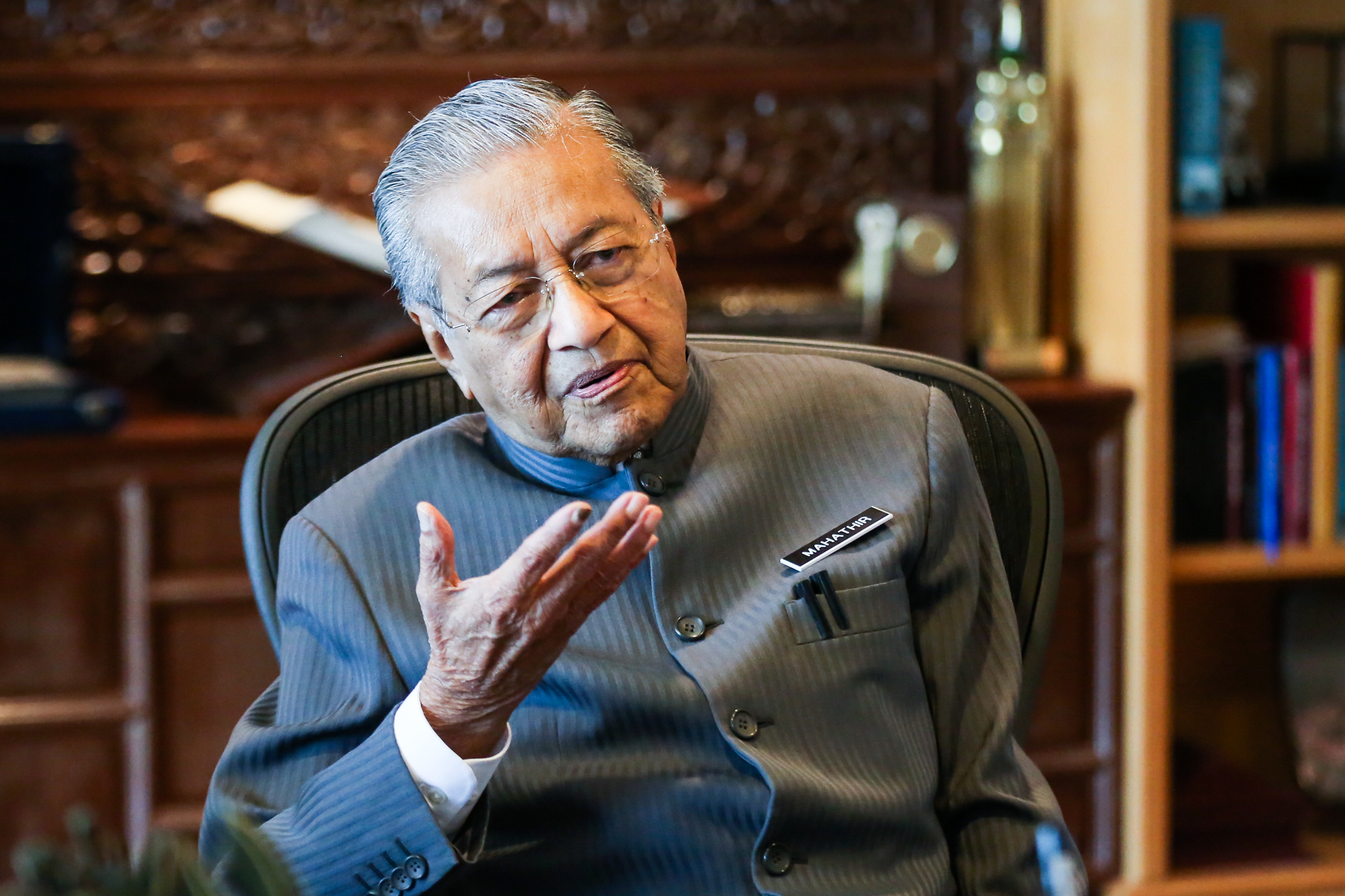 Today is March 18. I am at home. I have been quarantined, required to stay at home because the government has ordered a partial lock-down, to prevent the spread of the coronavirus.

On March 12, I met a group of young members of Parliament of Pakatan Harapan, to explain what happened. At the end, before leaving they requested to have a picture with me. I did not think much of it. I did not think they would be infected. They crowded around me, closely so as to be in the photo.

On March 17, my assistant Sufi, showed the photo and told me one of the MP from Sarawak hadÂ proven positiveÂ when tested for Covid-19.

I did not think much of it. I was feeling well. Indeed, many visitors remarked on how well I looked. But the authorities thought differently. A team of doctors and nurses had arrived at the Perdana Leadership Foundation where I was working and stopped me as I was going home for lunch.

They took a swab and told me I had to be quarantined for 14 days from date of contact.

And so here I am, home-quarantined. I had been talking to people to be serious about this pandemic. I have even done aÂ video clip. Now I must be serious and accept beingÂ quarantined.

This coronavirus is something that we never had before. It is easily infectious or contagious and in a number of cases it is fatal. We have no medicine or vaccine to counter it. All we can do is to treat symptoms like fever, cough, breathlessness and if there is lung infection and you are old, you may die. I am old, 94 years old.

The threat posed by Covid-19 is due to ease of infection and possible death. To manage the infection or contagion, it is necessary to isolate people. They must avoid being close to each other. Since we usually do not know who has the virus, everyone has to be far apart from each other.

Since men by nature are gregarious, keeping millions of people apart from each other is extremely difficult. When we work, travel, play, watch games or at the cinemas we would come together.

When we travel, almost always we would be confined in vehicles close together. To avoid this, we have to stop travelling. This affects the tourist industry greatly. In many cases, there is a 70 percent decline.

For Malaysia, the tourist industry is the second biggest foreign exchange earner, after Petronas. The government would lose a lot of revenue.

People working in the tourist industry would lose jobs and income. This would be terrible because these people need food and drink.

The stimulus package involved an increase in government expenditure and a decrease in taxes. Meeting this extra expenditure with decreased government revenue would be challenging.

In the meantime, even a partial lockdown would reduce business and profits. Again, Government revenue would be affected.

For small enterprises, the loss would be terrible. These people earn today for today. Even if they are able to do some business it would not be sufficient to pay for their food. The government may have to give them financial support.

What is happening in Malaysia is happening to the rest of the world also. Industries may have to stop or at least reduce production. Exports and imports would be affected. Economies would go into recession worldwide. Even the richest countries would suffer.

Truly we all are faced with a terrible catastrophe.