While UMNO has pulled support for the Prime Minister, the party’s president said MPs have the freedom to choose. 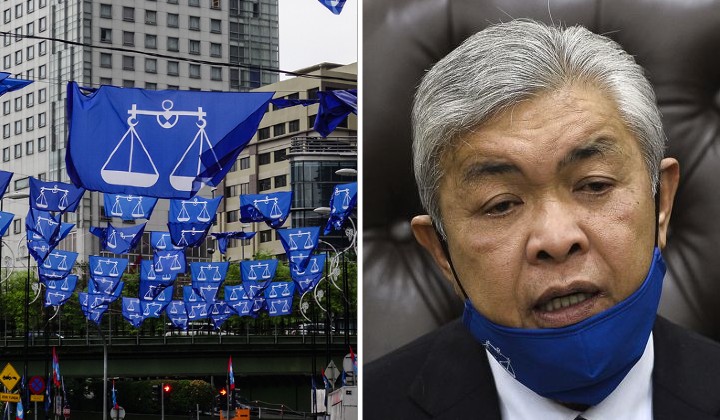 Barisan Members of Parliament (MPs) have announced their support for Prime Minister Tan Sri Muhyiddin Yassin despite UMNO’s recent exodus from the coalition.

Despite not having a letterhead or signature, the statement which has been circulating on social media has been confirmed to be true, according to Tan Sri Annuar Musa when he was contacted NST.

Here’s a roundup of what has happened:

After UMNO President Datuk Seri Ahmad Zahid Hamidi announced that the party will withdraw from Perikatan Nasional (PN), the Barisan Nasional coalition (of which UMNO is a part of) has also issued their own statement saying that they will support the PM instead.

The statement says that their stand was made after the UMNO President said in the party’s Supreme Council meeting that MPs are free to choose whether or not to support Muhyiddin if there’s a call for a vote.

It’s also stated that the priority of Barisan’s MPs right now is to ensure the success of the National Recovery Plan and fight Covid-19.

It was revealed that Ahmad Zahid had given all 38 MPs from UMNO the freedom to support or oppose a no-confidence motion against the Prime Minister if it’s tabled when Parliament reconvenes on 26 July.

Based on reports by Utusan, the matter was stated by Ahmad Zahid in the MT meeting he chaired last night, which decided that UMNO’s support for Muhyiddin be withdrawn and terminated immediately, thus allowing a new Prime Minister to be appointed within a limited period.

However, the whole ‘freedom for MPs to choose’ thing was not mentioned by the President in a virtual press conference held with the media after the meeting.

Former Prime Minister Datuk Seri Najib Tun Razak took to Facebook to question the statement issued by Barisan saying that he didn’t disobey the directive made during the UMNO meeting.

Eh .. I am also a BN MP. Since when did I agree to violate the party’s MKT directive yesterday? Who has the full list of names as stated in this statement? I am the one who signed the nomination letter for every BN Member of Parliament. Because of that, I will certainly know the name of every BN parliamentarian.

He was also quoted by Astro Awani saying that the result of the Supreme Working Council (MKT) Meeting last night did not mean that they’re leaving PN but rather they are withdrawing support to Muhyiddin as Prime Minister.

Najib said that this to give way to an interim administration with a fixed term and goals to resolve the Covid-19 issue.