And Metallica’s middle name is “And Justice For All”. 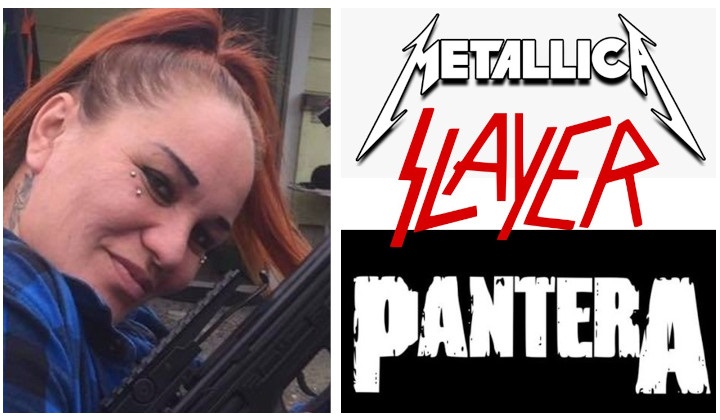 Unique baby names are not only for the Hollywood elite (I’m looking at you Audio Science).

A New Zealand journalist, actor and presenter for Netflix’s Dark Tourist documentary series has revealed in a series of tweets a mother in New Zealand to have named her children after three of thrash metal’s greats: Metallica, Slayer, and Pantera.

thread 1/4: proud to report that a new zealand mother has named her children metallica, pantera and slayer. she told me "it’s not easy raising three of the heaviest bands": https://t.co/kiXGTrr60A

The tweet, which was a rehash of an original article David had written on subscription-only site webworm.co, featured a photo of the metal mum donning a bada** look herself with a crossbow in hand and micro dermal piercings underneath her eyes.

Not much has been revealed about the mother but David did say he’s seen the children’s birth certificates.

He also reached out to New Zealand’s Registrar-General to confirm whether it’s possible and it was confirmed that the country has no restrictions on naming babies after bands or albums as long as the word used is not generally considered to be offensive and does not resemble an official rank or title.

Before you get any ideas about naming your child after your favourite bands, do note each country has their own rules.

Section 16 of the Births and Deaths Registration Act 1957 states:

While objectionable and undesirable is subjective, it is ultimately up to the Registrar-General in Malaysia to decide.

According to AskLegal, the reasons behind the names that are prohibited are:

Unsuitable names given to someone in Malaysia is also not allowed. For example:

This also applies to names that are unsuitable in a different language.

Aside from names deemed offensive or ‘unappealing’, your name cannot be more than 80 characters too for practical purposes like filling out forms.

Seeing how Malaysia has a huge Heavy Metal following, with allegedly 458 metal bands in the country, I don’t see how naming your child Metallica for example is a problem. Not only does the name fit like armour for a boy, but if they want a more feminine twist to use as a nickname, “Talli” is quite sweet.