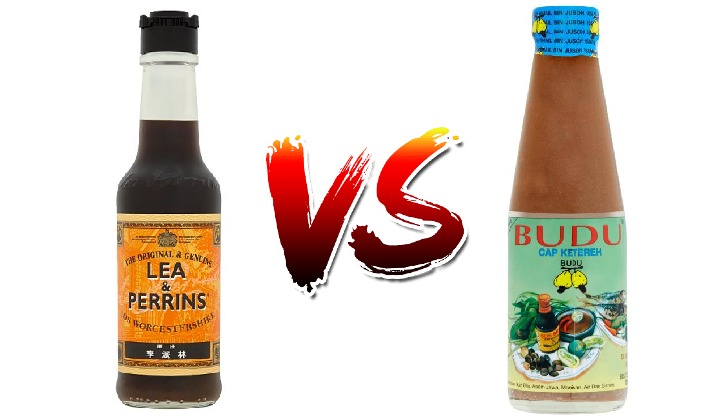 Yet, you may be surprised (or not) to learn that the English didn’t invent the savoury condiment on their own. Much like how they’ve incorporated the spoils of colonisation into their culture, so did they adopt Southeast Asia’s fermented fish sauce into their own cuisine.

According to Fish: Food from the Waters, the British first encountered “fish sauce” in today’s Indonesia as early as 1684. At that time, most cultures in the Southeast Asian region pickled the easily available anchovies in salt brine and let it ferment for months to create a fermented sauce packed with umami flavour. It was one of the best ways to use and keep fish that would have otherwise fallen to rot quickly.

The sauce was recreated in the city of Worcester in Worcestershire, England, during the first half of the 19th century, by the company Lea & Perrins.

Today, it still maintains the original recipe that requires 18 months to mature, including ingredients like vinegar, sugar, salt, anchovies, tamarind, onions, garlic, and other spices.

They even explain how the sauce is made in a behind-the-scenes video, noting that the recipe was brought back to England from Southeast Asia.

Sounds familiar? It’s extremely similar to our very own budu, a fermented fish sauce that uses the same base ingredients of anchovies, salt, sugar, and tamarind, and left to ferment for months.

In fact, no one country can claim fish sauce on their own, as the savoury condiment has local variants almost everywhere: it’s called ketjap-ikan in Indonesia, teuk trei in Cambodia, patis in the Philippines, nam pla in Thailand, nước mắm in Vietnam, and budu in Malaysia.

Certain regions use the sauce differently, so the taste will not be exactly the same, but they’re mostly similar enough to be substitutes of each other.

In Malaysia, budu is a traditional condiment of the ethnic Malays of the East Coast of the Peninsular, especially in Kelantan and Terengganu. It’s so deeply steeped in tradition that the Malaysian Department of National Heritage has declared budu a national heritage food!

The epiphany that Worcester sauce is actually just the English version of budu is not a new one, but it merely proves how taste is universal, and how humans just really like delicious food.

So if you’ve ever followed a recipe that calls for Worcester sauce and panicked because you don’t have it in your pantry, chances are that you actually do… just called another name.