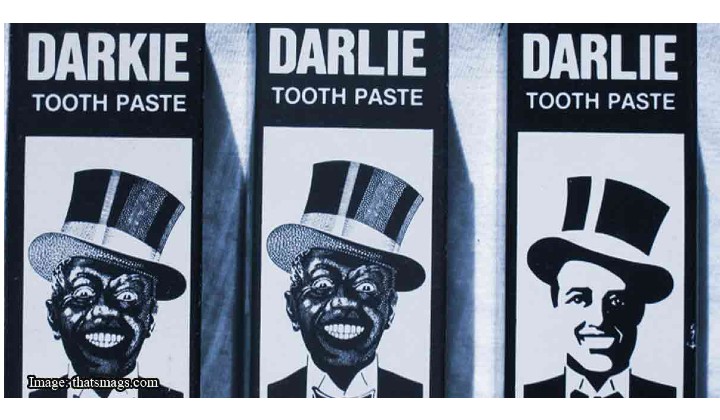 Most Malaysians know and love the minty fresh Darlie toothpaste, which has existed in our memories almost forever. Adults might even humour kids who ask why the logo is of a black man in a top hat, saying that “it makes the white teeth stand out more”.

Well, Darlie might be just in line for a rebrand as parent company Colgate and Hawley & Hazel reads the room regarding global anger over racism.

Darlie was a Chinese brand by Hawley & Hazel first established in Shanghai in 1933. It was originally called Darkie and featured a wide-eyed white man in blackface, inspired by white comedian Al Jolson who popularised the use of blackface. The Chinese name for the product, 黑人牙膏 (hēi rén yá gāo) was literally “Black Person Toothpaste”. Until today, the brand still maintains the Chinese name “黑人牙膏”.

Surprising absolutely no-one, controversy ensued in 1985 when Colgate-Palmolive acquired the company purely out of the business sense of owning a company that already enjoyed a 75% market share in most of Asia. When word of Colgate’s acquisition of Darkie reached American ears, racial justice groups there began lobbying for a boycott.

However, Colgate is being careful with their brand choices as tensions over racial injustice rises in the West. The Black Lives Matter movement has become so strong that many corporations are treading lightly and taking the initiative to rebrand their products that were established during the years of America’s slavery of black people.

In fact, Colgate started to look into the problematic origins of the Darlie brand because Quaker Oats acknowledged the same about their Aunt Jemima line of cooking products . The same happened for other household brands that featured black people: Uncle Ben’s line of boxed rice, and Cream of Wheat’s black chef named “Rastus” on boxed porridge.

Unlike other brands such as KFC or even Lao Gan Ma that also feature a human person in the logo, the black characters featured in Darkie, Uncle Ben’s, and Aunt Jemima were not real people. Their racist roots come from the fact that they were created based on the servant-stereotype of black people.

Aunt Jemima iconography was modelled after the Jim Crow-era perception of black women, as a plump loyal Southern “mammy” figure that makes sweet breakfasts. Uncle Ben’s was also criticized as an “Uncle Tom” stereotype of black men who were subservient and obedient to white people, craving their validation during the 1880’s. As such, critics often protest that the continuous depiction of stereotypical black people is, at its core, exploitative.

These companies have actually gotten years of complaints over the imagery depicted, but only started to consider changing their brand during this turbulent time.

Regardless of whether or not it’s a smart step in public relations or a genuine attempt to address and face the brands’ problematic histories, it looks like Darlie Toothpaste may drop their “Black Person Toothpaste” name for good.