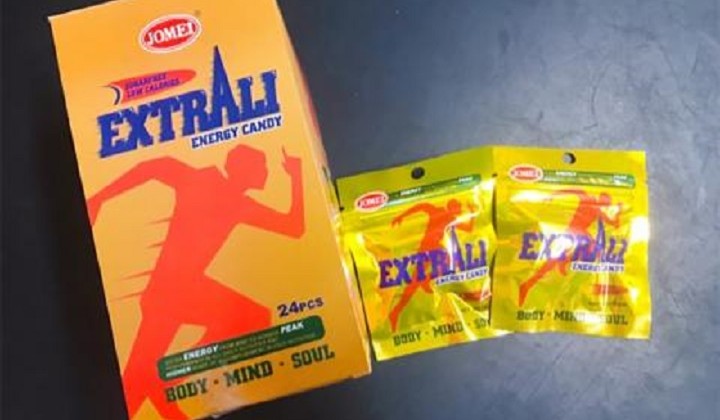 Disclaimer: We are not doctors. Please take any information provided in this article with a pinch of salt and consult a doctor if you have any concerns.

The Ministry of Health has confirmed viral reports about a type of candy being sold in convenience stores containing a scheduled poison called tadalafil.

According to the viral reports on social media, school children have been consuming a candy brand named Energy Candy and their products ExtrAli Energy Candy, Extra Strong Energy Candy and Mixed Fruit Candy, which resulted in them falling dangerously ill.

Here’s the lowdown on tadalafil, the possible reasons why it was present in the candy and what warning signs to look out for if your kid has eaten it.

Tadalafil is a type of medication used to treat mainly erectile dysfunction (mati pucuk), but is also used to treat symptoms of prostate gland enlargement (a.k.a BPH), and a serious heart and lung condition called pulmonary arterial hypertension.

This medicine works by relaxing the muscles of the blood vessels in the prostate and bladder and increases blood flow to the..ehem. Penis. Thus, enabling a man to achieve and keep an…erection.

As a medication, tadalafil is usually eaten either once a day or 30 minutes before you plan to get down and dirty, depending on what you’re taking it for.

According to WebMD, tadalafil’s effect on sexual ability may last up to 36 hours. Just taking a tadalafil pill doesn’t cause an erection, but instead helps a man achieve an erection when sexual stimulation occurs.

In Malaysia, tadalafil is a controlled drug which can be obtained at selected pharmacies under the brand name Cialis as long as you have a prescription from the doctor.

Tadalafil has not been approved for anyone younger than 18 years old.

Energy boosters and coffees that supposedly increase your “male stamina” are not hard to find in Malaysia. Hanging packets of kopi jantan can be found at any other mamak or Malay food stall. Furthermore, these products have been known to be spiked with trace amounts of sildenafil (a.k.a Viagra).

It’s probable that Energy Candy products were supposed to be a part of this list of products that supposedly help increase a man’s “internal energy” (tenaga batin). In which case, it’s not surprising that it would contain something like tadalafil.

Unfortunately, the manufacturers of these products don’t list ingredients like sildenafil or tadalafil on the back of their products because many of them are not legally allowed to sell products containing such substances.

When the ingredient isn’t listed, or the purpose of the product is only subtly described on the packaging, shop owners and other people selling the “candy” or “beverages” are unaware that these products are potentially dangerous for consumption.

Tadalafil side effects and risks

Besides that, a sudden and serious decrease in blood pressure have also been reported when tadalafil is used with some other medicines.

The most worrying side effects of tadalafil are the sudden visual and/or hearing loss that has been reported among some people after they took it. The Health Ministry is concerned about these side effects when tadalafil is used without the supervision of a doctor.

However, it’s unclear if tadalafil itself caused these scary side effects as most of the people experiencing them also already had certain eye conditions or were at risk for heart disease, diabetes, and high blood pressure etc.

If you’re aware that your child has accidentally eaten candy containing tadalafil, watch out for these symptoms and immediately take your child to the doctor if they occur.