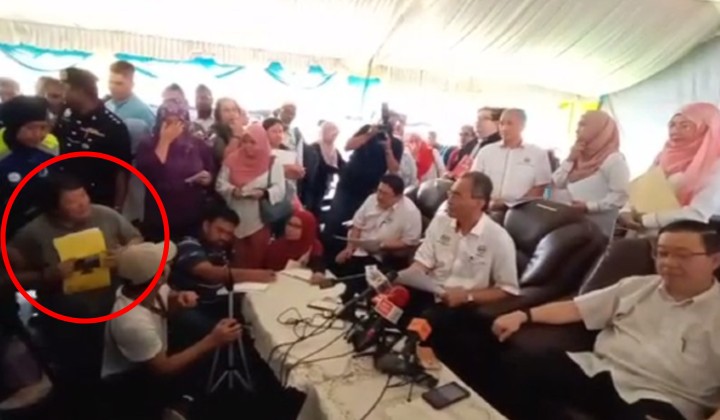 The woman in her 40s claims that radiation from a telecommunications tower near her house gave a family member cancer and subsequently died from it.

The woman from Sungai Dua, Butterworth, told Dzulkefly that she has lodged complaints to health authorities but her concerns were ignored.

When a police officer tried to stop her, she demanded to be heard.

I voted in these two ministers and it is hard to meet them. I chose you and this is what you do to me!

The woman is distraught that her concerns were not taken seriously

Global consensus is that the radio signals from cellular phone towers DO NOT CAUSE CANCER.

Non-ionizing radiation means that the waves do not directly damage the DNA inside cells.

TRP extends our condolences to the woman for the loss of a loved one.