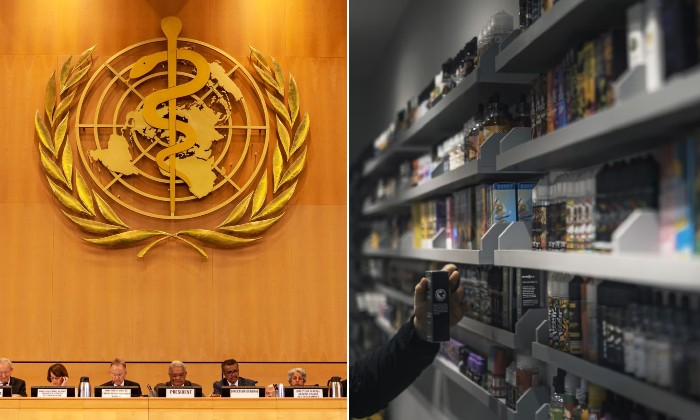 A panel of 100 independent specialists in the field of tobacco and nicotine science and policy disagrees with the World Health Organisation’s (WHO) reasoning to discredit the use of tobacco harm reduction (THR) strategies.

In an open letter directed to the WHO Framework Convention on Tobacco Control (FCTC), experts noted that the world was turning down the opportunity to avoid millions of smoking-related deaths by turning its back on THR methods such as electronic nicotine delivery systems (ENDS).

The letter was signed by industry specialists like the former Director of the Action on Smoking and Health in London, United Kingdom, Clive D. Bates – a figure well-known globally as a THR expert.

Clive along with his colleagues, which includes former WHO delegates, advocate that the effects of ENDS like vaping were proven to be less harmful than regular tobacco products besides being almost twice as effective as other nicotine replacement therapies.

They encourage a framework that protects consumers by ensuring that ENDS products remained safe and regulated as well as keeping the taxes on the items low enough to provide incentives for regular smokers to switch to smoke-free products.

Based on studies done by institutions like the Public Health England (PHE), ENDS can play a crucial role in reducing the public health problems associated with cigarette smoking.

PHE’s findings show that vaping was thought to be 95% less harmful than standard tobacco products and it alone was a popular tool used by smokers to quit.

In 2017, over 50,000 ‘vapers’ in the UK, who would otherwise have carried on smoking, successfully quit by switching to vape products.

In Malaysia, a study by the Malaysian Vape Industry Advocacy earlier this year found that 88% of Malaysian vapers who used to smoke cigarettes have successfully quit smoking with the aid of vape, and 76% of dual users (those who smoke and vape) have reduced smoking since taking up vape.

In another survey commissioned by a local think-tank, 80% of Malaysians said that the adoption of THR strategies in the country will help smokers quit traditional tobacco cigarettes as they will be able to switch to less harmful alternatives.

They go on to say that if less harmful alternatives to traditional cigarettes are proven to be effective in reducing smoking levels, 98% of those surveyed would be supportive of the adoption of THR.

The experts in their rebuttal to the WHO had this to say;

The group explains that evidence has shown that ENDS like vaping are currently helping people quit smoking cigarettes.

They say that ENDS impact on society would be larger if the public health community paid serious attention to vaping’s potential to help adult smokers and provided them with accurate information about the relative risks of vaping and smoking by designing policies with their interests in mind.

Basically, for the millions of people who struggle to quit smoking or want to continue to use nicotine, these products represent a significant additional pathway to escape from the
deadliest ways to use nicotine.

The letter notes that trial evidence, observational studies, population trends, market data and user testimonies has pointed that e-cigarettes play a significant role in reducing smoking and displacing the number of regular smokers.

The way they see it, THR may provide a more desirable outcome at getting people off regular cigarettes and should be used as a recommended treatment for tobacco use disorder.

If the goal is to cut down the global number of premature deaths from smoking, then adopting ENDS together with WHO’s MPOWER anti-tobacco campaign measures may secure a major reduction in disease risk for smokers without the added struggle for them to quit nicotine use by switching from smoking to smoke-free products.

Banning low-risk alternatives to smoking could create a market for illicit trade besides denying smokers a safer alternative to smoking and aid to finally quit.

The experts insisted that though policymakers are rightly concerned about the increase in ENDS usage among youth, research has found that vaping among adolescence is infrequent and that nicotine dependence among ‘tobacco-naïve’ users is rare.

Additionally, studies have found that the most frequent use of ENDS among youths were concentrated in those who have previously used regular tobacco products.

The panel recommend that the WHO rethink their approach towards prohibiting ENDS and work to instead;

They believe that it’s time for the world to recognise and draw the full potential of THR strategies to reduce the global trend of tobacco-related diseases and deaths.

Type 1 Diabetes: What you need to know about this lifelong condition