This isn’t the first time that the rakyat has seen an empty Parliament hall. 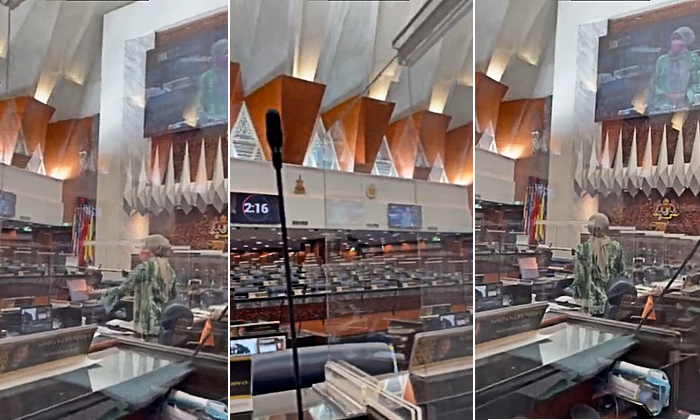 Another day, another empty hall…

Netizens were baffled by the number of empty seats during Monday’s (4 October) session of the Dewan Rakyat.

A video shared by Muar Member of Parliament (MP) Syed Saddiq Syed Abdul Rahman had recorded Permatang Pauh MP Nurul Izzah Anwar apparently addressing an empty hall during the evening sessions of the first meeting of the fourth session of the 14th Parliament.

In her speech, Nurul Izzah was heard speaking about the level of poverty and inequality that is rampant in our country.

But it appears that her address was only received by a small group of Parliamentarians who were present that day.

A quick glance at Parliament’s live CCTV footage on Monday easily reveals a number of missing MPs on both sides of the aisle.

Obviously, the situation left quite a sour taste in the rakyat’s mouth, considering how the Dewan had been closed for months during the height of the Covid-19 crisis.

shameful and waste of her efforts, really..

How long will #Malaysia citizens support these useless MIA MPs.. i m tired of paying taxes for non performance bums.

Many also wondered what our MPs were up to since they were unable to attend to the one job that the rakyat had elected them to do.

Others also proposed the idea that we should reprimand any and all MPs that fail to show up to Parliament by docking their pay and allowances.

Unfortunately, though, an empty Parliament hall is nothing new here in Malaysia.