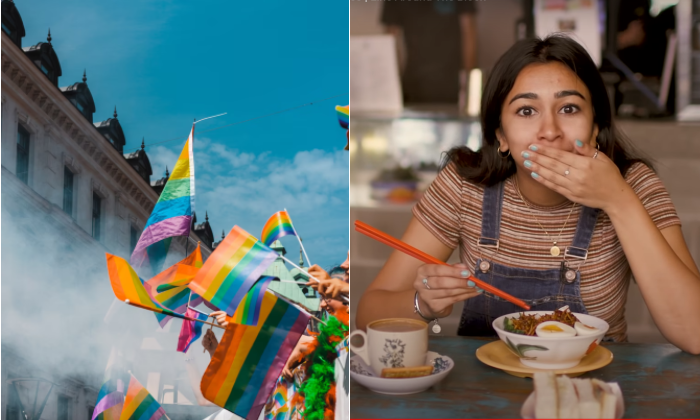 A famous Kopitiam founded by a Penangite in New York has come out to apologize for what’s described to be an inaccurate portrayal of LGBTQ rights in Malaysia and what many see as a culinary taboo of our national dish.

So recently, a video documentary that was originally published by Food Insider in 2020 got netizens attention when it had claimed that it was illegal to be gay in Malaysia.

It was said in the video that the restaurant’s founder, Chef Kyo Pan, was a Malaysian refugee who’s taking asylum in the United States because it was against the law to be queer in her home country.

Chef Kyo’s business partner, Moonlynn even went on to say that “since you can get hanged if you’re part of the LGBTQ in Malaysia, so a Malaysian restaurant ran by two queer women is also a statement.”

As you would imagine, the video has a lot of criticism from people saying how this wasn’t true and that Malaysia does not execute our LGBTQ citizens.

ayo u gotta be a psycho to eat nasi lemak w chopstickss🥴🥴 https://t.co/cgMuTJMBuI

As Malaysian, we use spoon or our hand to eat nasi lemak. We use chopsticks for certain foods. https://t.co/isfPY0JSLB

In their apology, Kopitiam said sorry for the “old Food Insider interview” and said that it understood how it made people angry.

They said that they have asked Food Insider to take the video down for providing wrong information regarding Nasi Lemak and the LGBTQ community in Malaysia.

The video was made 2 years ago and the person who provided the political commentary gave wrong info about LBGTQ in Malaysia. This person is actually a former business partner who is not Malaysian and she is no longer associated with Kopitiam since the pandemic.

They also said that Chef Kyo is always proud to be a Malaysian and that was the reason why they got into the food business in the first place.

However, conversations online also show that netizens seem to think that what was said in the video about LGBTQ representation in Malaysia wasn’t too far from the truth.

So many stupid homophobic Malaysians thinks that non Muslim wont get arrested or discriminate by the law if they’re Lgbt! Bitch Go study the laws first!
The funny thing is 90% comments under the post are homophobic yet they act like Malaysia is welcoming country for Lgbt people! https://t.co/WiugVMJjSk

Lol the replies section is the definition of gaslighting.

So like, can you really get hanged for being gay in Malaysia?

No, of course not, nor is it actually illegal to be gay in Malaysia. The issue is always more complicated than it appears to be.

The short answer, Malaysia still retains some colonial-era bans against sodomy and oral sex as well as religious restrictions against homosexuality.

Section 337 of the Penal Code criminalises the acts of carnal intercourse against the order of nature, stating that it is against the law for “Any person who has sexual connection with another person by the introduction of the penis into the anus or mouth” either with or without consent.

This can be punishable by a maximum sentence of 20 years in prison and also whipping.

But the law is said to have never actually been used to prosecute homosexuals.

Malaysia’s Syariah laws, however, does specify crimes of homosexuality, and since Syariah laws are different in each state, a person prosecuted under these laws may face fines, jail time, whipping and also be sentenced to ‘reeducation camps’.

According to organizations like the Human Rights Watch (HRW), Malaysia is still not a very friendly place for people in the LGBTQ community and research has shown that members of the community are faced with discrimination, ridicule as well as physical, emotional and sexual violence from their family, friends and society.

Catch this documentary by R.AGE for a much longer answer to Malaysia’s relationship with the LGBTQ community.