Tech
Brought to You by

Xiaomi smartphones have been a hit with consumers based on their recent performance in Malaysia. 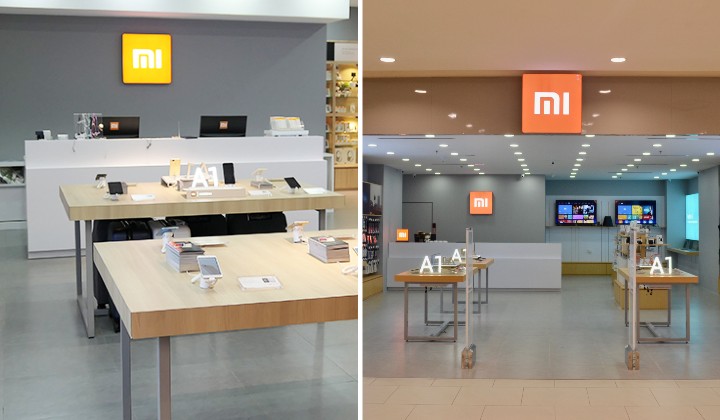 The smartphone market has always been a competitive space with multiple brands trying to outdo each other with specs, features, and value to entice consumers.

It’s often difficult for a tech company – especially new ones – to stand out in the sea of competitors but Xiaomi, which was founded in 2010 in Beijing by a group of engineers and designers led by co-founder and CEO Lei Jun, managed to do the impossible and establish a foothold in the market.

From the get-go, Xiaomi wanted to create their own path in the smartphone industry by introducing the first iteration of their MIUI user experience on 16 August 2010 and the Xiaomi Mi 1, their first-ever smartphone a year later.

During the early days of the company, Xiaomi often relied heavily on using the internet to sell and market their products. In hindsight, it was a brilliant move which helped them expand their reach and also kept costs low.

It is also one of the reasons why they were able to produce great smartphones without having to charge a premium price to the consumer.

It was all about growth and expansion for Xiaomi in the subsequent years with the company eventually becoming the fifth most used smartphone brand in China before they decided to expand their reach across the world.

In 2014, the company decided to open a headquarters in Singapore, a sign of intent that they wanted to be known globally as a reputable smartphone brand that creates great products for their customers.

It was around this time that the company began to create other products as well. Eventually, Xiaomi went on to create smart appliances which are part of their Xiaomi Smart Home ecosystem.

Even their name has a meaning behind it as the word “Xiaomi” literally translates to “rice grain”, which culturally meant that it ‘’started from nothing and reached to the top’’.

Another interesting fact to note is that the word, MI, actually stands for Mobile Internet but it also is a reference to the Mission Impossible franchise, an homage to the early days of the company when they had to battle the odds to come out on top.

One of the biggest smartphone brands in the world

Even though it might be tough for a brand to stand out from the rest of the pack, Xiaomi has been killing it in Malaysia with 80 Authorized Stores, 9 Xiaomi Display Zones, 157 Shop-in-Shops and 747 Preferred Partner Programmes nationwide.

The same can be said for their endeavors globally. In the third quarter of 2021, Xiaomi continued to expand its global market presence and was the second largest brand in Western Europe, with a 17% market share.

Xiaomi is also in the top three rankings in Central and Eastern Europe with 6.8 million smartphone shipments. Their smartphone business alone has amassed revenue of nearly $37 billion.

In that same quarter, Xiaomi’s overseas markets grew by 27.1%, making it the fastest-growing smartphone brand in the world.

Built around the idea of making quality technology that’s accessible to everyone, this strategy has paid dividends to the company as it is now the third largest smartphone vendor in the world.

Over in the local smartphone market, Xiaomi is the top smartphone vendor with a 25% unit share for sell-in shipments in Malaysia for the third quarter of 2022, according to Canalys, a leading global market research firm.

The company has also managed to become number one in Malaysia for the year 2021 and the past two consecutive quarters of this year.

Xiaomi’s mission is actually a simple one – to build amazing products with honest prices to let everyone enjoy a better life through innovative technology.

They focus on the core strategy of ‘Smartphone x AIoT’ where there’s an equal emphasis and focus on both the smartphone business and the Artificial Intelligence of Things (or AIoT) business that promotes seamless interconnectivity between smartphones and other intelligent devices as part of a smart living ecosystem.

This philosophy allows everyone to enjoy a better life through accessible technology and enables Xiaomi to lead the way into living in the future.

The way they market their smartphones is by deploying a ‘dual-brand’ strategy. As the name implies, there are two brands that cater to their market segments and help the company to drive its growth momentum.

First is Xiaomi which zeroes in on bringing premium smartphones minus the luxury price tag. What they’re trying to achieve is to create products that have the latest flagship technology and specs for heavy users without breaking the bank.

Next up is their Redmi line which has best-in-class performance at a great price-to-performance ratio. This segment is about coming out with phones that have great specs and performance at a truly affordable price for mid-range and light users.

Another reason for their meteoric rise is their culture of being bold in innovating and pushing the boundaries of what technology can offer.

As a company that was founded by engineers and designers, they strive to push the envelope and come out with firsts in the tech industry.

Such is the case with their 108MP camera technology which was introduced over two years ago. This was then brought over later to the Redmi Note 11 Pro series – making it available to a wider consumer segment.

After breaking the 100-megapixel barrier, they didn’t rest on their laurels and went on to announce a 200MP camera that is fitted into the new Xiaomi 12T Pro, which is a first here in Malaysia.

This trend is unlikely to stop any time soon, as Xiaomi intends on continuing to operate based on its DNA and offer high price-to-performance ratio products to consumers.

One of the people Responsible for Xiaomi’s growth here in Malaysia and Singapore since 2019 has been Country Director, Nicolas Shi.

“When I first became part of the Malaysia team, Xiaomi went from a small smartphone player to

achieving 25% market share in a mere 3 years. The hurdles and challenges we’ve faced thus far have made it all worthwhile. The key to Xiaomi’s success is in our people – my hardworking team members who work tirelessly in realizing these achievements, and also our Xiaomi Fans and business partners in Malaysia who have supported us since day one. We hope that you can continue to support us so that we can bring in more amazing products at honest prices,” said Nicolas.

He mentioned that the brand’s latest aim is to create quality and reliable customer service experiences by elevating Xiaomi’s after-sales services in Malaysia to boost consumer confidence.

In addition, Xiaomi vows to continue to expand its retail stores to be able to offer its product experience to wider parts of Malaysia and introduce the latest technologies offered at accessible price points.

To find out more about Xiaomi and the range of products that they have to offer, you can head on to Xiaomi Malaysia’s Facebook page for more news and the latest updates.

If you’re interested in getting to know more about the latest and greatest products from Xiaomi, check out their new premium smartphone the Xiaomi 12T series for ultra clarity with its 200MPs camera, or the midrange king, the Redmi Note 11 series.
Also, check out Xiaomi’s super extensive range of smart AIoT products in Xiaomi Stores across the nation, and experience their products yourself today.