Tech
Brought to You by

It’s the norm now for dedicated camera phones like the Xiaomi 11T series to have multiple cameras but what are they for? 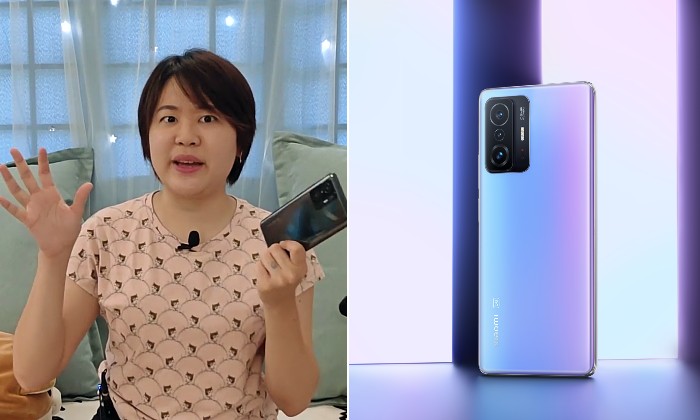 Phone cameras have come a long way since the days of snapping pixelated pictures and recording low-quality videos for your Myspace page.

In a little over a decade, smartphones became the principal point-and-shoot solution for people to capture magical momentos or rake in the likes and views with their cinematic content creations.

Heck, even professional photographers and cinematographers use these inexpensive, small and portable devices to fill up their creative content galleries.

It’s the norm now for dedicated camera phones like the Xiaomi 11T series to have multiple cameras allowing it to capture stunningly vivid images and footage in any given situation and at any time of the day.

Y so many cameras tho?

Well, when speaking of smartphones, size does matter!

So, in order to avoid sticking a huge, bulky camera lens (like the ones on a standard digital camera) on the back of your device, having multiple, smaller cameras, each with its own specific function, makes more sense in keeping a phone sleek, thin and lightweight.

What does each camera do, really?

Depending on the make, model and manufacturer, there is a range of camera setups that can be mixed and matched in order to find a sweet shutter spot that makes up a well-rounded camera phone.

But commonly, most modern smartphones tend to employ the triple camera arrangement that combines the use of a wide-angle, an ultra-wide-angle and a telephoto camera as standard.

This allows the smartphone to capture quality shots and enable users to be versatile in choosing a camera mode that fits the scene they’d like to capture best.

Wide-angle cameras are widely used to provide a wider field of view.

This simply means that a wide-angle camera can fit more things into frame than a regular camera does – which is perfect for taking those scenic landscape shots, large group portraits and giving the videos you capture a cinematic feel much like what you’d see in the movies.

Wide-angle cameras also provide a deeper depth of field, meaning that when you hit the shutter button, the subjects in both the foreground and the background would remain in clear focus.

Acting as the main camera on most smartphone devices, wide-angle cameras like the 108-megapixel high-resolution ones on the Xiaomi 11T and Xiaomi 11T Pro’s, makes it relatively easy for anyone to capture stunning images and create Cinemagic with a simple flick of a finger.

Ultra wide-angle cameras, as the name suggests, extends the field of vision even further.

This allows the user to squeeze even more things into a single frame and in more detail to capture some amazing panoramic shots or even play around with perspectives as subjects shot on an ultra-wide would appear larger up close and extremely small at a distance.

The Xiaomi 11T series, for instance, makes excellent use of its 120° ultra-wide-angle to let users get extra creative in composing some intriguing images and videos which can also be edited right then and there on the device in order to bring your shots to life.

With a telemacro camera, users are able to capture and magnify subjects in much greater detail regardless of how close or far away they are.

And with devices like the Xiaomi 11T series, users are also able to tinker about with some fancy AI-enhanced features like ‘Magic Zoom’ and even ‘Audio Zoom’ which gives you the ability to capture the furthest images and the faintest of sounds from far-far away.

For a comparison of how the three cameras work independently, check out our shots of Mr Samson the White Tiger taking his afternoon nap.

(Quick disclaimer – If the shots look a bit weird, know that we had to resize em to fit this story 😬)

To see how creative and productive you can be with a triple camera smartphone setup, follow the TRP team on a splashing adventure at Sunway Lagoon with the Xiaomi 11T and test if it’s Nice or Not.

Join in the fun with Xiaomi 11T! Check out where you can get one (HERE).