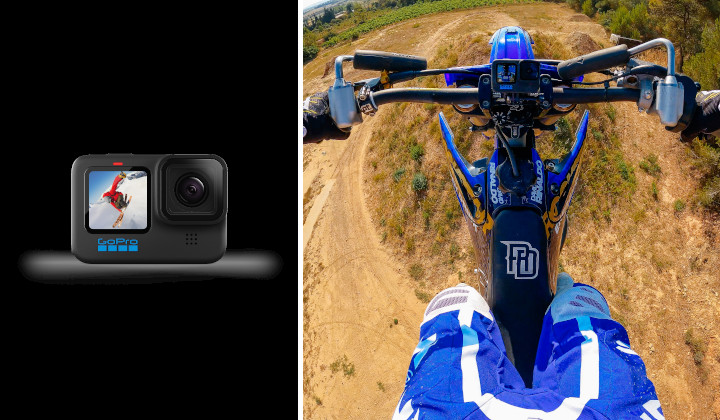 The new processor also enables HyperSmooth 4.0 video stabilization, ensuring the HERO10 Black captures the smoothest shake-free video you’ve ever seen from any camera, regardless of price.

It could also capture 23MP photos, has improved low-light performance, and has a snappier user interface. All thanks to the GP2 processor.

GoPro’s in-camera video stabilization gets an upgrade to HyperSmooth 4.0.

The camera’s in-camera horizon levelling feature has an increased tilt limit of 45-degrees in high-performance settings, up from 27-degrees.

There are three ways to get media out of the HERO10 Black.

For the fourth year in a row, GoPro is challenging its users to create the launch highlight reel for its new flagship camera. Open exclusively to owners of HERO10 Black, the Million Dollar Challenge will award an equal share of $1,000,000 to entrants whose video clips are chosen for the HERO10 Black Million Dollar Challenge video that will be released in December 2021.

HERO10 Black users are invited to capture and submit their video clips for consideration to the Million Dollar Challenge on GoPro.com/MillionDollarChallenge. Submissions close 1 December 2021 at 11:59 PM PT.

HERO10 Black will be on sale starting late September 2021 at select retailers around Malaysia and it is distributed by GoPro’s newly appointed distributor – Ingram Micro Malaysia Sdn. Bhd.