Apple uses Shazam to allow Apple Music to identify and compensate all of the individual creators involved in making a particular DJ Mix. 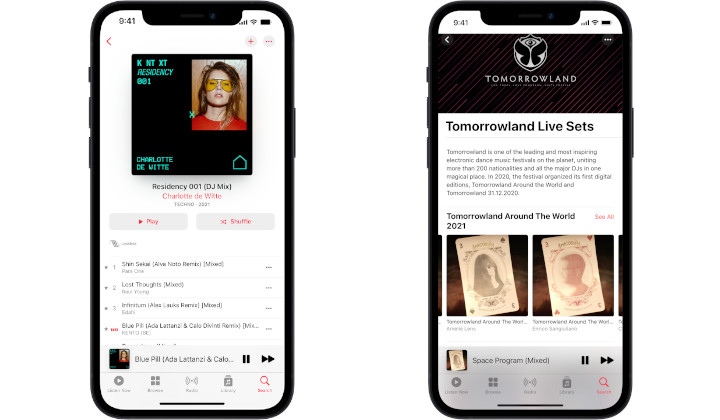 A DJ Mix or DJ Mixset is a sequence of musical tracks typically mixed together to appear as one continuous track.

They are usually played at music festivals, clubs, raves, or other types of live events by actual DJs, the one with all turntables, CD players, digital audio players, or computers.

DJs are musicians in their own right. While most musicians play with instruments, contemporary DJs perform using a DJ mixer and multiple sound sources, sound cards, sometimes with the addition of samplers and effects units.

Using these tools, they manipulate existing music to make it their own.

Their live performances are unique, deserve to be preserved, and enjoyed by music lovers around the world, however, the issue is monetization.

Because each piece can contain multiple tracks from various sources, fairly compensating everyone involved is a daunting task.

So much so that DJ Mixes could not (legally) have a presence in streaming media.

If anyone involved in the music, such as the individual creators that make up the track, filed a claim, things can get complicated.

However recently DJ Mixes from Studio K7!, Mixmag, Tomorrowland, Cercle, Boiler Room and more have been appearing on Apple Music.

It turns out that Apple Music has created a new process – in cooperation with major and independent labels – whereby it can properly identify and directly pay the rights holders within a DJ Mix.

This means the first time ever, DJ Mixes will actually have long term monetary value for all creators involved.

Using Shazam, Apple developed a tool that will allow Apple Music to properly identify and compensate all of the individual creators involved in making a particular DJ Mix – including any artists behind the music in the mix.