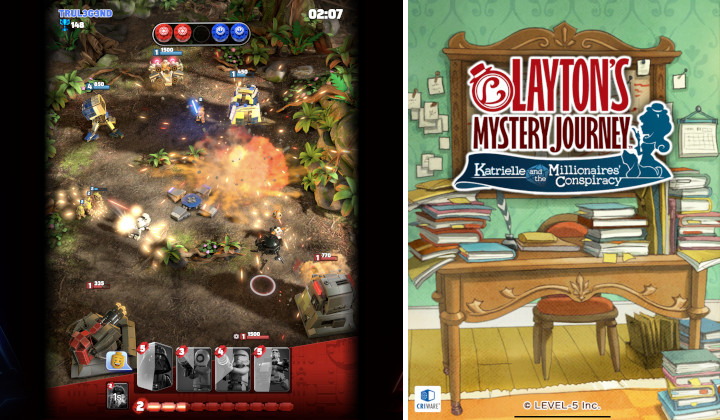 A virtual pinball, a cooking simulator, and a puzzle adventure by an acclaimed studio are just three of the games that are set to launch on Apple Arcade this Friday (3 August).

Players will showcase their cooking abilities to become the number one chef as they are matched with other players around the world.

They’ll choose their ingredients, then carve and cook them into delectable dishes to be served with style in fun mini-games.

The MasterChef jury will evaluate their dish based on their performance and speed.

Players will complete and unlock new recipes, challenges, and mini-games along their cooking journey.

The game will also be updated with weekly shows that are in-game events based on specific themes such as Gourmet Burger Show and Spooky Show, among many others.

Zen Pinball Party delivers the ultimate pinball experience with carefully crafted tables that are inspired by some of the biggest brands from DreamWorks Animation and Hasbro, as well as popular classic pinball themes.

Players will challenge their friends and family for the highest score on fun and unique tables featuring Trolls, Kung-Fu Panda, How to Train Your Dragon, MY LITTLE PONY, Theatre of Magic, Attack from Mars, and much more.

Layton’s Mystery Journey will have players joining Katrielle Layton in the heart of London, as she becomes embroiled in a casual, comical, quizzical quest, which has its roots in her search for her missing father, Professor Hershel Layton.

Players will be whisked around London’s famous landmarks, from the Houses of Parliament to Tower Bridge, following Kat on her trusty bicycle, solving case after unlikely case, until she unwittingly uncovers the Millionaires’ Conspiracy.

Two popular titles are joining Apple Arcade soon. One is an adorable arcade hopper, Crossy Road by Hipster Whale, and the other hails from a long time ago in a galaxy far far away.

From TT Games Brighton and Warner Bros. Games, in collaboration with Lucasfilm Games

Players will master both sides of the Force as they lead their favorite LEGO Star Wars characters into real-time, one-versus-one multiplayer battles.

Players will mix and match characters and vehicles from all eras of the Star Wars galaxy to create unstoppable armies.

Strategy is required to deploy troops and build LEGO towers on the battlefield as they attempt to destroy their opponent’s base either using a deck of light side or dark side armies, each with their own play style.

Featuring content across the saga, Star Wars: The Clone Wars, and Rogue One: A Star Wars Story, players can collect iconic heroes and villains such as Luke Skywalker, Rey, Obi-Wan Kenobi, Boba Fett, and Darth Vader, along with characters such as Porgs, Stormtroopers, Battle Droids, and a variety of vehicles from AT-ATs to TIE bombers, and even the Millennium Falcon.

As players progress and level up, they will unlock different arenas based on familiar Star Wars locales, including Scarif, Naboo, Hoth, Endor, Geonosis, and more.

What Is Apple Arcade?

Apple Arcade is a video game subscription service with more than 180 games that’s available on almost all Apple devices including iPhones (iOS 13or later), Apple TV (tvOS 13 or later) , iPads (iPadOS 13 or later), and Macs (macOS Catalina or later).