The M3 has been slowly taken out of orbit since 6 July. 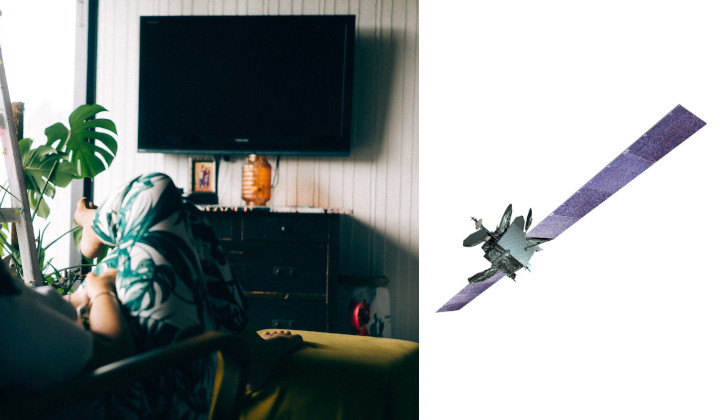 For most Malaysians 21 June 2021 was like any other day. The daily Covid-19 cases were still in the 4-digit range, and Malaysians were promised that 10% of the population will be vaccinated by mid-July.

The only blip was a disruption of service for those who were watching satellite TV. It was out of the ordinary, but most people assumed that the issue would pass soon.

Meanwhile, 35,786 km above the earth, something happened to the MEASAT-3 (M3) satellite.

The incident was described by MEASAT Global Berhad, the operator of the Boeing 601 satellite, as an anomaly. It resulted in a complete service outage.

Despite staying on course, the satellite could not return to operation. On 6 August it was announced that M3 will be deorbited in the following weeks.

M3 has provided satellite communication services that cover over 100 countries across Asia, Eastern Europe, the Middle East and Africa.

They were tested repeatedly before they were launched. This is because it is extremely difficult to repair once it is in orbit.

The last time anybody has physically touched the M3 was before its launch in December 2006.

What happened to M3 was rare and it affected more than just satellite TV viewers in Malaysia. It was the only Major outage MEASAT has experienced since starting its satellite operations in 1996.

MEASAT has invested RM7.6 billion in its satellite and earth station facilities.

With M3 deorbiting, MEASAT plans to send the MEASAT-3d in 2022 to take its place. It costs RM1.2 billion.

Those who were watching satellite TV didn’t have to wait that long though. Thanks to redundancies, it was announced that the service was fully restored three days after the satellite failed.

A Home For Local Scientists And Engineers

Although we have only sent one Malaysian into space (Datuk Dr Sheikh Muszaphar Shukor Al Masrie Sheikh Mustapha), MEASAT has sent 8 satellites into orbit.

Those billions of ringgit spent have cultivated a pool of talented Malaysian scientists and engineers since 1992.

A lot of them have taken up key management positions in leading satellite and telecommunications companies globally, as well as in the International Telecommunication Union (ITU).

They quietly carry Malaysia’s aspiration to utilise space to become a player in communication technology, bridge the digital divide, and ensure no Malaysian is left behind in the digital age.

9 Nostalgic Things Malaysians Did When We Were Just Getting Connected