It has a few tricks up its sleeve to get good photos. 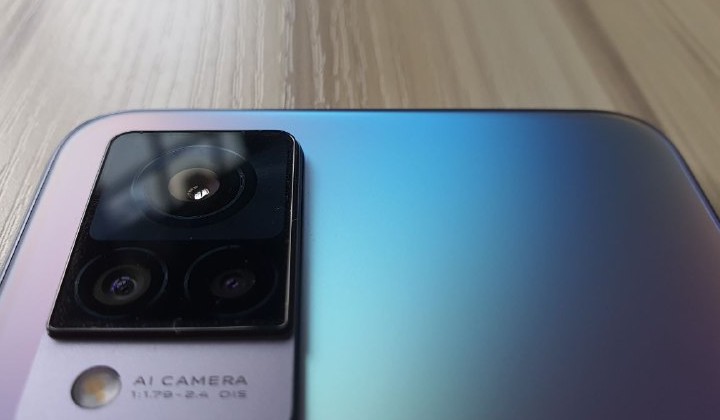 Vivo recently came out with the V21, a phone that takes aim at those who like to take a lot of selfies.

Coming in at RM1,599, it sits in a particularly fierce territory of the market with many manufacturers releasing their phones under a similar price range.

But, is a selfie camera really enough to entice you to get this phone? Let’s find out.

A phone catered to selfie enthusiasts

As advertised by the company, the V21’s main selling point has to be its selfie camera with tonnes of options for you to play with such as adjusting brightness all the way, to toning your cheeks.

And apparently, having nifty software tricks is not enough for the Chinese manufacturer as the phone is also fitted with – wait for it – two built-in flashlights which the company calls Dual Selfie Spotlight located on the front of the phone.

You know, just in case you’re in a really, really, dark room and thought that this might be the best time to take a selfie.

The V21 can even guide you on how to take a good selfie – complete with outlines showing you how to pose and take the shot.

The back camera is pretty good too if you’re under good sunlight and it has three different lenses for you to choose from.

It feels good in the hand and it’s pretty too

Although this phone has a screen size of 6.44 inches, the phone actually feels good in the hand and isn’t super huge thanks to a design that stretches the panel out to the edge of the phone.

If you’re a bit conservative and want your phone to blend in the background, there’s the Dusk Blue colour option, but if you want it to get everyone’s attention including your own, there’s also Sunset Dazzle which is a real looker.

The colours on the body of the phone shift when you look at it from different angles which might entice some folks who want their phone to have a slightly funkier colour palette rather than having it just plain old black or white.

The Vivo V21 has quite a slim profile but don’t think that it’s not beefed up in the battery department because the phone can last you a full day even if you’re consuming a lot of content.

There’s also the option of fast charging if you manage to drain that big battery and they’re not messing about. It’s actually possible to get this thing from 0 to roughly above 50% within half an hour.

Not really a gaming phone

The phone might tick many boxes but gaming is not one of them.

Yes, you can play graphic intensive games like COD Mobile or PUBG Mobile, but I noticed that the V21 doesn’t allow you to max out the settings, which might be a dealbreaker for some but if you’re playing casual games, it will work just fine.

It’s a great phone if you’re someone who likes to take a lot of selfies as this where the phone truly shines. Literally.

There are not many phones that can say that they have one, let alone two flashes for the front camera and the amount of options is great for those who want to tweak their selfies.

Apart from the front camera, the V21 is also capable in other areas such as having a great screen for watching stuff like YouTube or Netflix, a pretty design, and also a large battery with the option of fast charging that borders on ridiculous.

The Vivo V21 is an affordable package and that not only looks good, but it feels good to use too.