Apple Music gets Spatial Audio with Dolby Atmos and Lossless Audio in June at no additional cost. 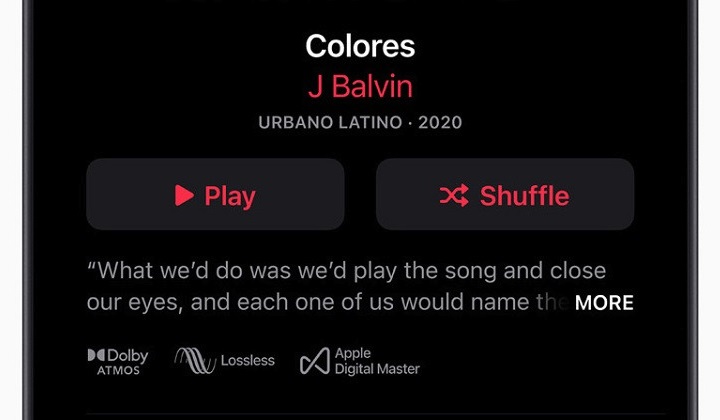 It was a surprise to no one when Apple announced that Apple Music will get Spatial Audio with support from Dolby Atmos gradually. In the announcement released late last night, Apple also said that the 75 million songs in its catalog will also be available in Lossless Audio.

These features have been speculated to arrive at Apple Music ever since the announcement of the AirPods Max. The RM2,399 over-the-ear, noise-canceling headphones feature Spatial Audio, Dolby Atmos, and high-quality drivers. However, the only widely available app that could take advantage of all those features was the Apple TV app on iPhones and iPads.

According to Apple by default, Apple Music will automatically play Dolby Atmos tracks on all AirPods and Beats headphones with an H1 or W1 chip. That includes the AirPods Pro.

At launch, subscribers can enjoy thousands of songs in Spatial Audio from some of the world’s biggest artists and music across all genres

However, there were two surprises in the announcement.

First, all of these features will be made available to all Apple Music subscribers at no additional cost.

Second, the Dolby Atmos tracks will also play on the built-in speakers in the latest versions of iPhone, iPad, and Mac.

For the average folks, the Apple Music Lossless tier starts at 16 bit at 44.1 kHz (CD quality) and goes up to 24 bit at 48 kHz. These will play natively on your Apple devices.

For you technical folks, Apple is using the Apple Lossless Audio Codec (ALAC) for their music and it can go as high as 24 bit at 192 kHz. However, because of its large file size and bandwidth, you need to manually opt-in for the Hi-Resolution Lossless Audio and you will require external equipment such as a USB digital-to-analogue converter (DAC) to enjoy it.

These options are available in the Music settings menu under Audio Quality.