Only the Macbook, Macbook Pro and Mac Mini line-up had the M1 chip previously. 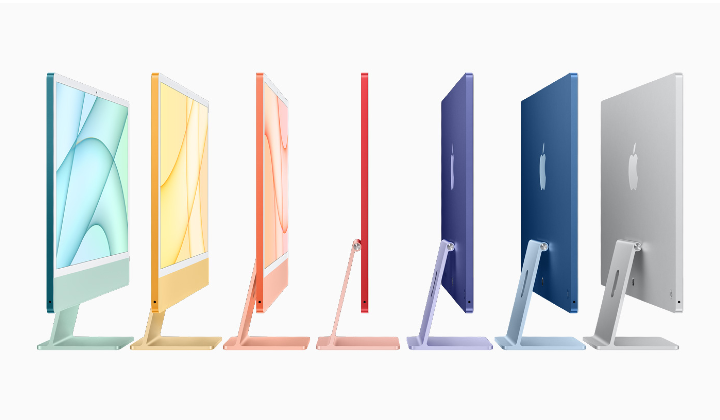 Apple has unveiled new iMacs and iPads for 2021 in a special event today along with new products such as the AirTag, a remote tracking device that users can use to keep track and find their items.

But the main star of the show is still the M1 chip coming to their other devices.

The M1 is the first Apple-designed chip that’s been developed for use in Macs and is reported as one the most powerful chips that the company has created to date.

Previously, it was only available in their Macbook Pro and Macbook and Mac Mini line-up.

The iMac, Apple’s desktop computer line is getting a refresh this year both in terms of design and also the internals.

As for the design, Apple has made the all-in-one computer much thinner than the previous model which now comes in multiple colours – green, yellow, orange, pink, purple, blue, and silver.

Besides the aesthetics, the new computer will also have other new features such as a 24 inch 4.5K display and Touch ID.

According to Apple Malaysia, there’s three options and the iMac starts from RM5,599 all the way up to RM7,249.

M1 is coming to iPad Pro too

The iPad Pro will also get the M1 love from Apple along with other features such as a better display than the previous model, 5G connectivity and up to 2TB of storage.

In terms of design, the tablet still retains the same look as the previous iPad Pro with the multiple camera setup and aluminium back.