If you invested in Bitcoin 4 months ago, you would have doubled your money. 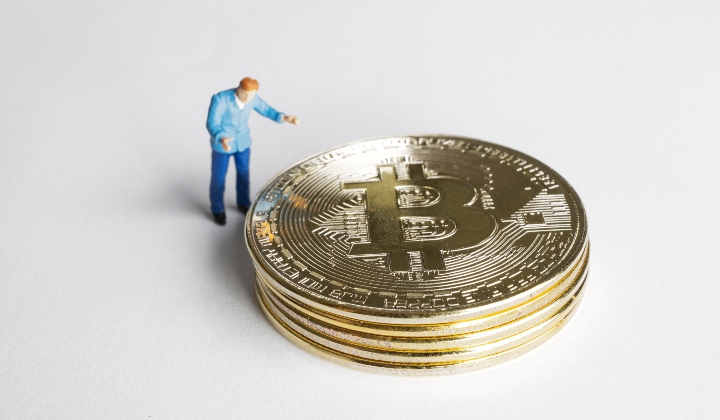 The story goes that a hungry man wanted to order two pizzas and paid 10,000 Bitcoins for it. That was in 2010. Today, with the price of a single Bitcoin around RM232,000 and those two pizzas would be worth about RM2.32 billion.

That’s the world of cryptocurrency, or in layman’s terms : Digital Money. Cryptocurrency is a kind of digital currency that uses cryptographic techniques to control its creation.

Bitcoin is the prevailing cryptocurrency, invented in 2008. It took a few years to take off, but when it did, boy oh boy, did it take off. Because of its new concept of decentralisation, most of the financial world was suspicious of Bitcoin at first. As they came to understand the technology behind it and the number of supporters grew, so did the value.

We are still at infancy stage and most people buy the currencies for long-term investment. Some people refer to it as digital gold, where they hold it and wait for the price to appreciate. Right now, it’s more of an investment. People are still not able to trade with it here, like buying things on the Internet and do daily transactions. However, this may happen in the near future. In countries like Japan, people have been using crypto currencies for trading and buying things at shops.

The technology that inspired confidence in would-be investors to invest in Bitcoin was the blockchain.

What the heck is blockchain?

The blockchain’s a publicly distributed ledger to verify transactions, on a massive scale. Every transaction is recorded in many different ledgers and then are compared to one another, making currency manipulation impossible and thus driving up confidence and interest in Bitcoin.

You might have heard that one could “mine” bitcoin for free, but how does that work ?

Bitcoin can be mined by grouping transactions into a block, the adding it to the blockchain for verification. The reward for doing so is that new Bitcoin is produced for the miner.

Although relatively simple in its early days (you could mine Bitcoin on a simple laptop), Bitcoin mining has become very elaborate and taxing on the processing power of computers, requiring specialised equipment. It also consumes vast amounts of electricity, increasing the overheads and cutting into the profits of mining operations.

Gold Rush – Is it too late to invest ?

Many believed that the rush to invest in Bitcoin caused the price to spike to RM80,000 per bitcoin in late 2017, and the gold rush was over as the prices steadily declined and stabilised between RM15,000 and RM30,000 for months to follow.

However, the price has been skyrocketing for the past year almost tenfold. If you invested 4 months ago, you would have doubled your money. Eight months ago it would have multiplied by a factor of 4.

To say it’s too late to invest and the gold rush is over would be purely speculative.

Because they are relatively easy to create, there are actually hundreds of varieties of cryptocurrencies available for trade, and one of them is Dogecoin.

The meme that made money : Dogecoin

Invented to create a payment system that is instant, fun, and free from traditional banking fees, Dogecoin features the face of the Shiba Inu dog from the popular ‘Doge’ meme as its logo and namesake.

Space X and Tesla CEO, Elon Musk recently tweeted his support with a picture of the Shiba Inu dog planting a Dogecoin flag on the moon with the caption “Literally”, causing the value of Dogecoin to spike.

In Malaysia, digital currencies are not recognised as legal tender. That’s not to say they are illegal, per se. ‘Legal tender’ just refers to the currency used as an official medium of payment. For example, the US dollar is not accepted as legal tender in Malaysia – but that doesn’t mean that it’s illegal for you to use US dollar bills if your retailer accepts them.

The Malaysian government announced that cryptocurrencies will not be banned.

It is not the intention of the authorities to ban or put a stop on any innovation that is perceived to be beneficial to the public.

However, Malaysian government does regulate digital asset exchanges – the cryptocurrency trading platforms have to comply with a set of regulations issued by the Securities Commissions (SC) of Malaysia. These regulations require exchanges to have robust measures in place to protect users and their assets.

Purchasing cryptocurrency is fairly straight forward. You can do so by signing up for an E-Wallet with service providers such as Luno or Poloniex. Once registered, they can facilitate bank transfers or credit card transactions for you to make your purchases at the current market price on their currency exchange platform.

However, for the time being, you still won’t be able to buy pizza with cryptocurrency in Malaysia.

What’s Up With NFTs? [Opinion]