They sound great, the noise cancellation is pretty good, and they have a few other tricks you might like. 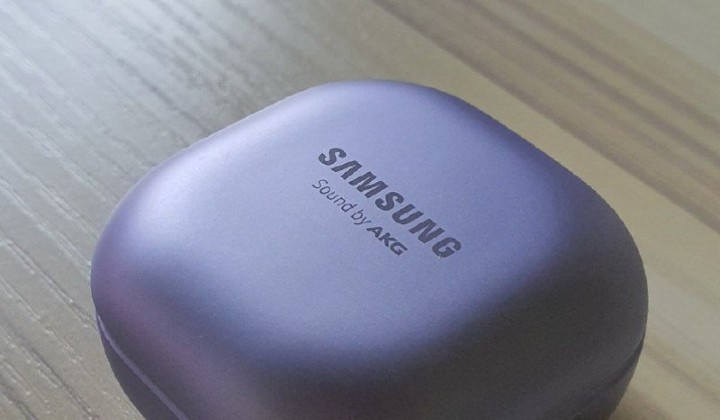 Samsung sent us their Galaxy Buds Pro and after testing them for about a week here’s what I think of their newest wireless earbuds and whether you should pay RM800 to get a pair.

For me, the first thing that needs to be talked about is comfort because it’s no use having great sounding buds if they don’t fit and when it comes to the Galaxy Buds Pro, neither the earpieces nor the case are obtrusive.

Samsung provides a a bunch of tips in the box and with a little testing, the buds can fit snugly in the ears and wearing them for hours doesn’t feel tiring, especially when compared to other wireless earbuds which can get a bit bulky.

They also stayed in my ears pretty well even during real physical activities such as cycling and passed the synthetic “shake your head really fast and see if they fall out” test.

Meanwhile, the case which holds and charges the buds is a very small square at around 50mm by 50mm with a thickness of around 28mm. This means you can just slide it into pretty much any pocket pretty easily or toss it into a bag.

AKG is an Austrian audio brand that’s synonymous with studio-grade headphones and by etching “Sound by AKG” on the casing, Samsung is claiming that the Samsung Galaxy Buds Pro sound great. This is fair because they actually do sound great.

The sound produced would be able to satisfy the general consumer with enough detail on the high end and a punchy bass that doesn’t drown the mids.

These buds produce great sound if you’re listening to modern genres such as hip-hop or electronic music as the 808s can kick you in the face without overpowering vocals which remain clear and cut through like a warm knife through butter.

I personally feel that they sound best when listening to tracks with live instruments because the detail is rich and blends together nicely. Female vocals especially shine with these earbuds.

They aren’t just for music though and when it comes to call quality, you can use the Samsung Galaxy Buds Pro for teleconferences such as Google Meets or Zoom. That’s what I’ve been doing for a week and there have been no complaints from the other side on the call clarity.

Being the shape they are, the Galaxy Buds Pro already block out some noise, but they also come with active noise cancellation and they do a good job for situations like if you’re sitting in a room with loud air-conditioning.

They also have a few other tricks such as the ability to know that you’re talking and immediately lower the volume so you can hear the person you’re talking to.

However, you might want to turn it off if you’re the type of listener who likes to sing while listening to your favourite songs because it will automatically lower the volume once it picks up your voice.

Thankfully, you can do this by long pressing the buds, itself which also offer the usual tap to play and double tap to skip functions.

If you have a Samsung device, you can access the Samsung Wear App and change settings permanently or access other features such as the equaliser if you need an extra bass boost.

Even if you don’t have a Samsung device lying around, the buds also work with other Bluetooth-enabled devices, and a nice thing I found is that you wont lose the noise cancellation features even if you’re pairing it with a computer.

As for battery life, the box claims 5 to 18 hours of listening time but as with other wireless earbuds, you can top them up using the case and charge that using USB Type C.

TLDR: Should you stay away or buy today?

..You don’t really care about the noise cancellation or can’t afford to spend RM800 on a pair of wireless earbuds anyway.

Although they do sound good, it’s hard to justify that price tag if you don’t really mind not having noise cancellation or any of the other extra features.

..You want a pair of wireless earbuds that sound great with active noise cancellation that works and have around RM800 to spend, because these might be the ear buds for you.

They have great sound with a good mic and noise cancellation that does the job which if you look at the competition, say the Sony WF-1000XM3 or XM4s, Apple Airpods Pro or the Sennheiser Momentum True Wireless 2, these actually come in at a lower price.