If you want to relive some of that nostalgia, now you can. 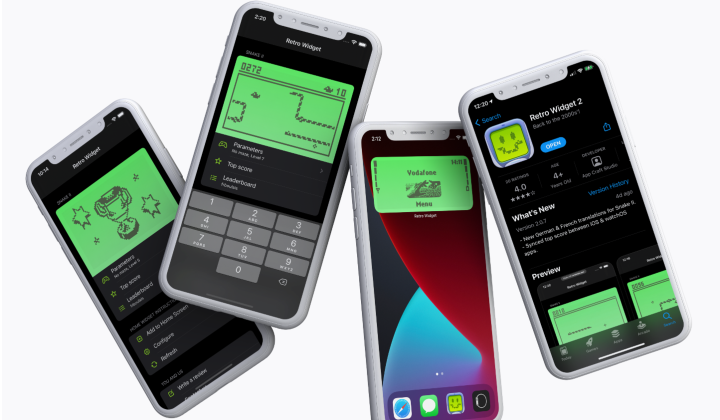 There was once a time when phones were much smaller than with tiny monochrome screens and the number pad often occupying the front side of these devices.

Although they were limited in functionality compared to today’s devices, these phones were still capable of running games – such as the iconic Snake game on EVERY Nokia phone of the 2000s.

Now you can play Snake with the Retro Widget 2 by App Craft Studio on your iPhone or Apple Watch.

They even have the numerical keypad on the screen if you want that for maximum nostalgia effect.

How to play Snake on your iPhone & Apple Watch

You can move the snake with the following controls:

If you’re interested to try it out, you can download Retro Widget on the Apple App Store.

Although it’s often associated with the Nokia brand, the Finnish manufacturers didn’t invent the Snake game.

The game borrowed elements from an arcade game known as Blockade that came out in the 1970’s, the difference between the two is that you need two people to play Blockade but you can play Snake alone.

Tron is another Blockade-style classic which came out in the 1980s.

Another thing that you might find surprising is that the Nokia 3310 was not the first device which had the game, it was actually first introduced in the Nokia 6110 in 1997.

What also interesting is that the version that came out with the 3310 is actually a sequel to the first game.

Throughout the years, Nokia has released several other versions of the classic game with updated graphics and even a 3D version which came out on the Nokia N-Gage.