The Lidar sensor found in these robot vacuum cleaners is capable of recording your conversations. 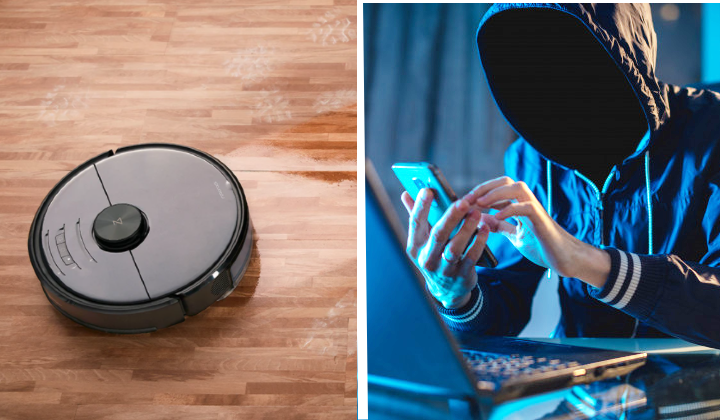 It sounds like straight out of a science fiction novel or a movie but researchers have found ways to use your robot vacuum cleaner to spy on your private conversations.

Computer scientists over at the National University of Singapore (NUS) have demonstrated that it’s possible by using the built-in Light Detection and Ranging (Lidar) sensor in these vacuum cleaners.

How your robot vacuum can spy on you

Based on the research, they used LidarPhone, a hacking technique that allows the attacker to use the Lidar sensor and convert it into a laser microphone, something which has been in existence since 1947.

The term LidarPhone was coined by the NUS researchers who developed a system that repurposed the Lidar sensor to sense acoustic signals in the environment, remotely harvest the data from cloud, and process the raw signal to extract information.

The core idea is to change that Lidar into a laser-based microphone that can sense sounds from subtle vibrations induced on nearby objects.

They use the vacuum to reflect lasers off common objects such as a dustbin or a takeaway bag located near a person’s computer speaker or television soundbar.

Although the Lidar can be manipulated with the LidarPhone attack, the researchers say that they had to modify the vacuum cleaner, which was a Xiaomi Roborock to make the hack work.

Lidar is used by many robot vacuum cleaner manufacturers to navigate their way around a room after the technology was first introduced in 2011.

The researchers said the system was able to detect the digits being spoken aloud, which could constitute a victim’s credit card or bank account numbers and music clips from television shows could potentially disclose the victim’s viewing preferences or political orientation.

They also discovered the best material for reflecting the laser beam was a glossy polypropylene bag, while the worst was a glossy cardboard.

Based on their research, it achieved up to 91% accuracy for digit classification and a 90% accuracy rate when it comes to classifying music clips.

How do you prevent such attacks?

Thankfully, the researchers also recommended ways to prevent your personal conversations from being compromised.

The NUS researchers recommend users to consider not connecting their robot vacuum cleaners to the Internet.

The team also recommended that Lidar sensor manufacturers incorporate a mechanism that cannot be overridden, to prevent the internal laser from firing when the Lidar is not rotating.

How to check if your Netflix Malaysia account has been hacked