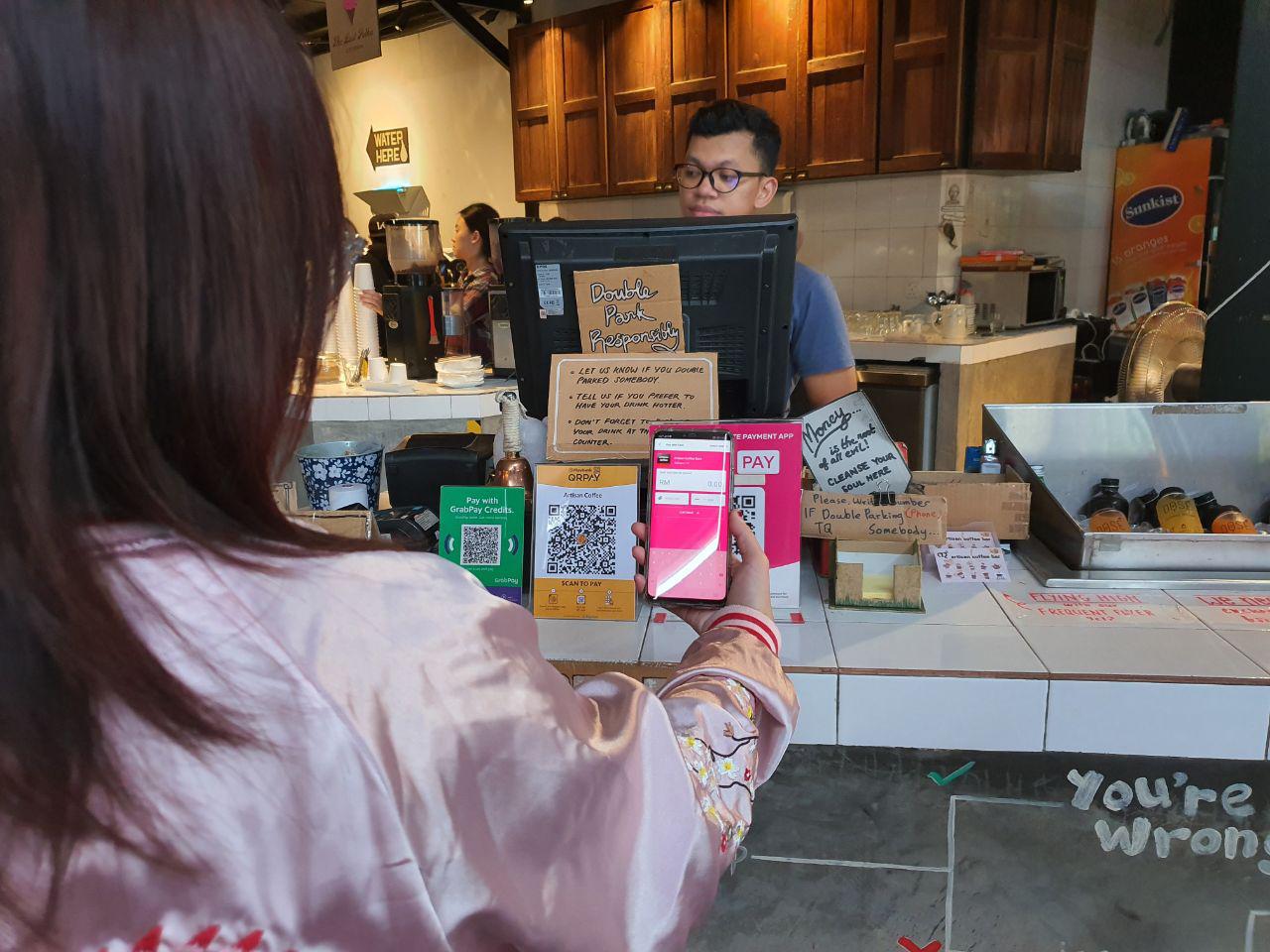 It is a common sight when you want to pay at the cashier, there would be a bunch of QR codes at the cash register for multiple kinds of digital payments like Boost or Grab Pay, among others.

But in the future, you would only see one QR code because DuitNow QR is the universal QR code for you to pay your dinner.

What does a unified QR code mean?

Different digital wallets have their own QR codes. If it’s available at your favourite restaurant, you can easily scan that code and you’re good to go.

The problem is when your favourite e-wallet is not supported and you’re running short on cash and only have your money in a particular service.

For instance, if you’re using e-wallet B, and store only has QR codes for e-wallet A and C, you might have a problem because you can’t use e-wallet B to pay using A or C’s QR code.

This is the problem that the unified QR is trying to tackle by introducing only one QR code where you can pay with your favourite digital wallet.

What is DuitNow QR code?

Established under Bank Negara Malaysiaâ€™s Interoperable Credit Transfer Framework (ICTF), it mandates that Payments Network Malaysia or PayNet (the company which is responsible for DuitNow and DuitNow QR) as the countryâ€™s shared payment infrastructure provider.

As part of that mandate, the company has to implement an interoperable and common QR standard for Malaysia.

Who has already adopted DuitNow QR?

Currently, there are 4 banks are already offering DuitNow QR in their mobile banking apps and 25 Banks expected to implement DuitNow QR over the next 6 months, according to the company.

Recently PayNet and Grab have announced a landmark collaboration that will make GrabPay the first e-wallet to adopt DuitNow QR.

Grab will add DuitNow QR support in the Grab app by the first half of 2020.

It is great that there is a unified system that allows users to use their favourite service because it gives choices for people to use whichever digital wallet without having to worry about if it’s supported by the merchants.

Which e-wallet service do you use? Share your thoughts with us on TRPâ€™s Facebook,Â TwitterÂ andÂ Instagram!