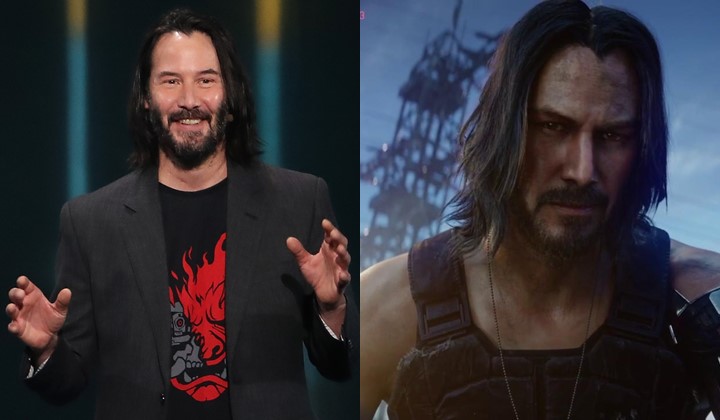 Keanu Reeves, the celebrated actor from The Matrix and the John Wick franchises, will now be starring in another virtual world: the Cyberpunk 2077 video game.

Twitter (and the live audience) was lit up by the surprise appearance of Keanu Reeves during the trailer screening of the video game at E3 today, on screen…

Me watching the cyberpunk 2077 trailer

Me: okay this is fucking epic

Keanu reeves: *shows up out of nowhere*

…AND THEN IN REAL-LIFE.

He briefly introduced the game’s premise as being a vast, customizable world set in the metropolis of the future. He claims the game would be ‘breathtaking’- to which an audience member shouted back, “You’re breath-taking!”

That one guy who shouted “YOU’RE breathtaking” at Keanu Reeves #E3 pic.twitter.com/u2EumtWa8k

And then Keanu Reeves ended his appearance by calling everyone breath-taking.

It only goes proves that Keanu Reeves is one of the most humble, personable actors that has graced the world.

We can only sit back and appreciate the gift that is Keanu Reeves gracing our lives in 2019.

Plus, he’s still on a roll as he’s rumored to join the Marvel Cinematic Universe soon.

5 Easy Halloween Home Décor For That Fun Yet Dark Vibe

What’s Retro? These Were The Coolest Things Back Then And We Love Seeing Them Again