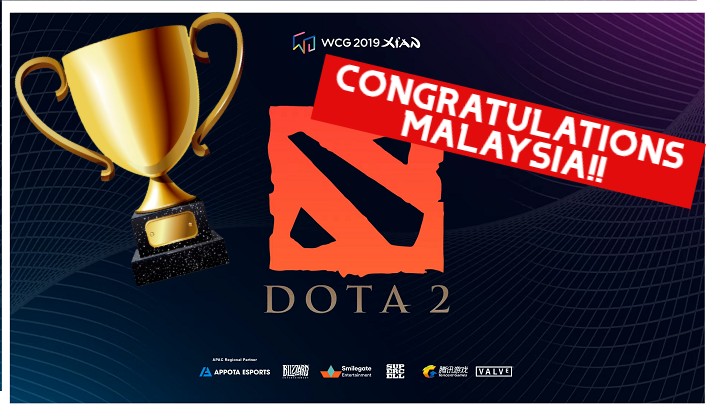 In case you missed it, the Dota 2 APAC Finals of the World Cyber Games took place on May 27, 2019, in Korea. And guess what?

Team Unicorn, comprising of 5 players, battled against 7 other teams from around Asia Pacific to come in third in the regional finals.

They narrowly lost out to Cignal Ultra from The Philippines and MSCERBERUS TH from Thailand who will be moving on to the Grand Finals that will take place from July 18 to 21, 2019.

They were not the only Malaysian team though, as Geek Fam also fought hard but failed to make it to the top three.

Nevertheless, itâ€™s still cause for celebration as Malaysian players make their mark in the international arena.

But thatâ€™s not all, Team Unicorn is also in the running to represent Team Malaysia in Dota 2 at the upcoming Philippines SEA Games 2019 taking place this November.

We wish them the best of luck!