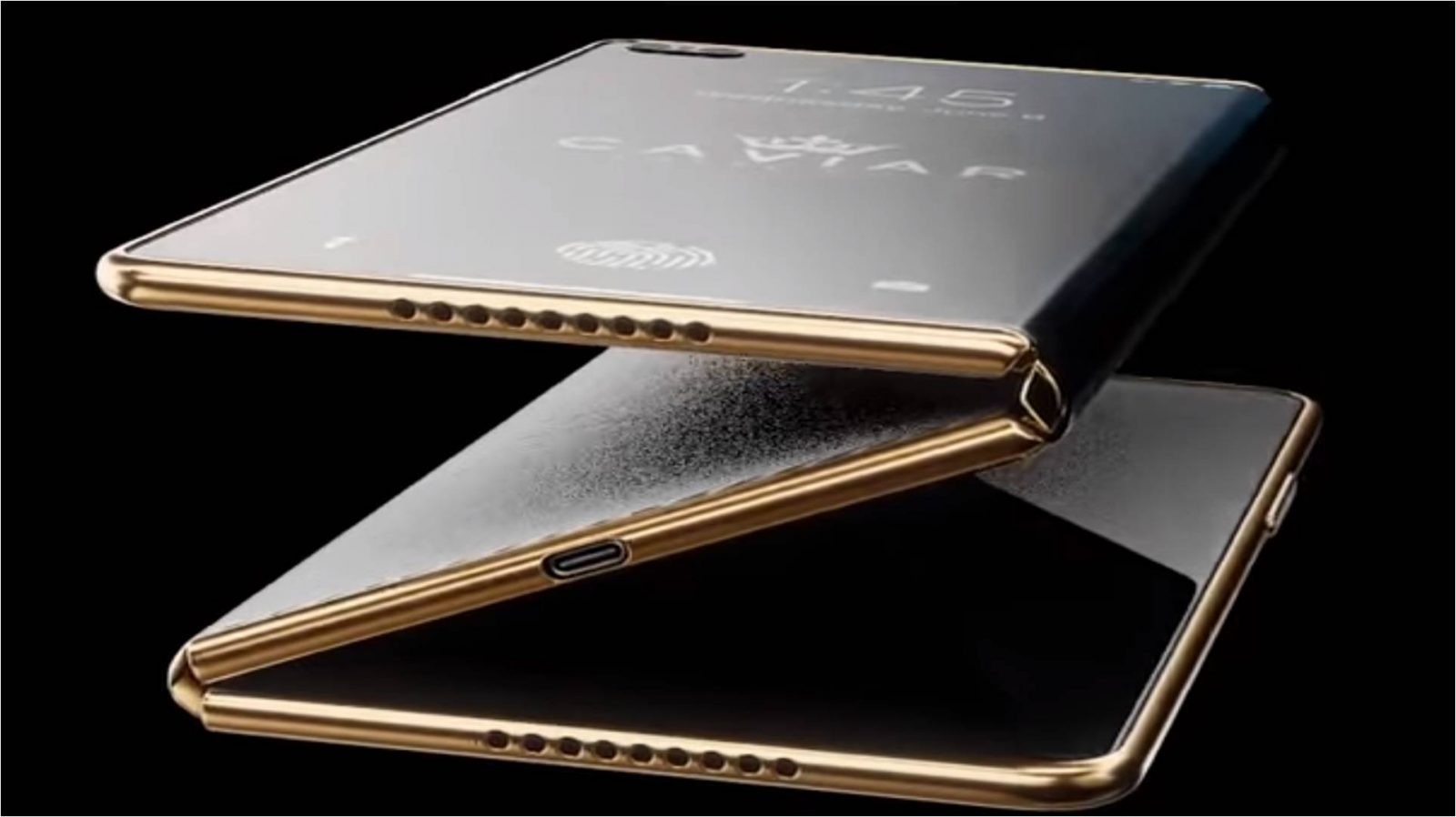 A non-Apple concept for the iPhone has taken folding phones to a place where we can only dream of for now with the iPhone Z by Caviar, a Russian company.

According to a YouTube video, the iPhone Z will unfold not once, but twice.

This allows it to transform into four different modes; phone, tablet, laptop and screen, making it ideal for both entertainment and work.

It can function as a tablet with a 10.4 inch display with a 3:4 ratio or have a reasonable screen size of 6.6 inches in phone mode.

Its on-the-go laptop or screen mode can be used to watch videos which would allow it to stand on its own and have an on-screen keyboard.

Additionally, Caviar decided to give the iPhone Z a USB Type-C port for charging (allowing us to borrow chargers from our non Apple friends – Yeay!).

Basically, everything described of the iPhone Z is nothing short of amazing and unbelievable.

However, these outrageously stunning features come with a price that also lives up to the expectations of an actual Apple phone.

The expected price for this model would be as expensive, if not more, than a Mac Pro laptop; an estimated cost of “no less than 2900 Euros” (about RM 13,599).

You can check out the YouTube video by Caviar below.