The transition to Coca-Cola will start this August in around 1,180 selected KFC and Pizza Hut restaurants. 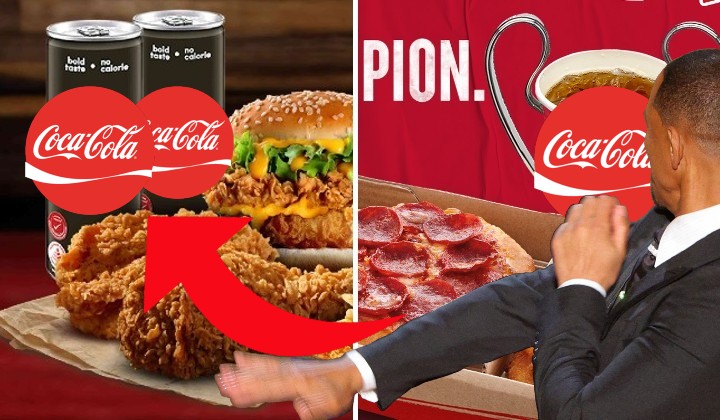 For decades, we’ve been accustomed to drinking Pepsi at both KFC and Pizza Hut. Hey, the workers would even correct us when we generally asked,

So that embarrassment undeniably got sewn into our heads, that McDonald’s is the one with Coca-Cola. KFC is Pepsi. Right?

The three biggest names in the F&B industry aim to serve and make each mealtime ‘more magical’ for every Malaysian as they will ‘liven’ the menu boards of more than 740 KFC stores and over 440 Pizza Hut restaurants across the country.

They will start the beverage transition to Coca-Cola in selected KFC and Pizza Hut stores nationwide (around 1,180+) starting August and are expected to fully serve the new drinks by early September.

Malaysians can now enjoy Coca-Cola Rasa Asli and Coca-Cola Zero Sugar in the said stores and restaurants, along with Sprite, Fanta and Heaven & Earth teas.

We are proud to have our Coca-Cola drinks served alongside KFC and Pizza Hut’s popular food offerings.

We are excited that this partnership represents a significant synergy to provide diners with our refreshing range of beverages in responding to ever-changing consumer needs.

What happened to Pepsi?

Honestly, nobody knows. Earlier in May in another part of the globe, the giant company also backed out from sponsoring a show in one of the biggest sports events in the US, the Super Bowl. They decided to bow out from the Super Bowl Halftime Show, a show where the biggest Hollywood stars usually perform during the halftime game of the National Football League (NFL).

Well, whatever that’s going on, we’ll just have to get used to saying “coke” again when we go to KFC and Pizza Hut. You’ll surely be missed Pepsi.

Speaking of that, are you team Pepsi or Coca-Cola? Which ones do you like better?