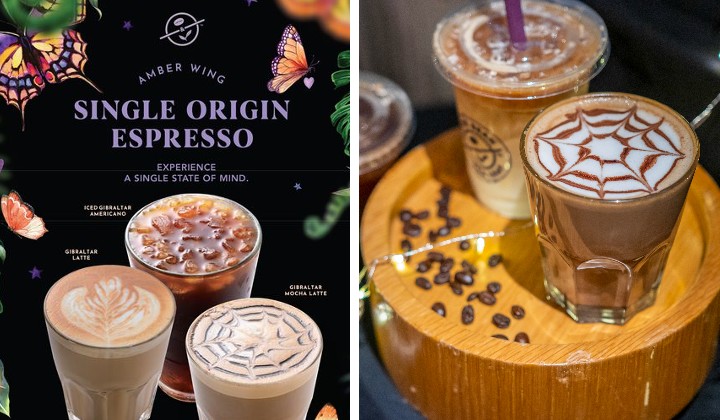 If you know your coffee well, you’ll know that most coffees you buy at coffee shops are blends of several beans from several countries. It creates this well-rounded taste as they have several features from several origins all expressing themselves. It’s like the best of every worlds.

However, single-origin beans are actually more scarce than blends as it’s harder to source, which makes them more exclusive. So if you come by single-origin coffee beans, do try them out as their characteristics and flavours are a bit different from your other regular coffee.

READ MORE: Which Countries Are You Sipping A Taste Of Your Coffee From?

On that note, if you’re simply curious and wanna try single-origin beans, you can try CBTL’s new Amber Wing beans from Botelhos, Brazil (which is the largest producer of coffee beans in the world). And no, their beans do not have wings (they were just named after a type of native butterfly there).

CBTL claims that their new single-origin beans’ flavour profile has a taste of dried apricots and light citrus, accompanied by an aroma of chestnuts. It’s actually hard to differentiate the hints of those flavours but if you like coffee and experimentation, you’ll probably taste something we missed.

Smooth and chocolatey, these beans are brought to you in four drinks, a Gibraltar Latte, Gibraltar Americano, Gibraltar Mocha Latte and the Ristretto (for those who want a pure shot of the real deal). But don’t confuse the name of Gibraltar though, the beans didn’t come from there, it’s just the name of the specific glass they’re serving you with.

With every launch of a new single origin espresso line-up, we want our guests to feel that every cup is a destination of their own choosing, away from the hustle and bustle of life, even for just a moment – the Amber Wing is no exception.

Where To Get It Though?

CBTL has other single-origin beans that they’ve launched before and you can get the packets of beans at their store while stocks still last. However, for the Amber Wings, the packets won’t be available but their drinks will!

You can get the handcrafted Gilbraltar drinks curated from these Amber Wing beans at all CBTL outlets across Malaysia until the end of the year. So grab a taste of Brazilian coffee while you can!

Did You Know That Drinking Coffee Makes You Live A Longer Life?