Ours may not used to be prison food but some of them are food that no one wanted! 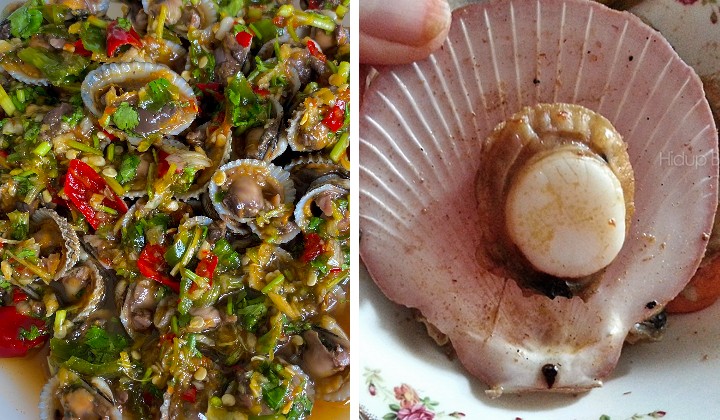 If any of you don’t know, in the western world, lobster used to be a prison food for prisoners.

According to Business Insider, these ‘cockroaches of the sea’ were so plentiful that they could pile up around 2 feet high ashore in the Massachusetts Bay Colony when the first European settlers reached North America. The colonists were actually embarrassed at the sight of these cockroaches.

In fact, the Native Americans and colonists both used to use lobsters as fertiliser and fish bait. As they’re so undesirable and abundant, they are easily accessible proteins during bad seasons or harvest, making them an ideal poor man’s meal. To save costs, lobsters were fed to prisoners, apprentices, and also slaves.

However, during the mid-1800s, people in their city could buy cheap canned lobster on the market. After having the taste of the delicious meat, they could also travel to the coastal American cities via reasonably-priced train tickets. Instead of a nuisance, lobsters had become a commodity with surging prices in the 1880s.

And guess what, the commodity still lasts till today, as lobsters are now one of the expensive delicacies you can find in a restaurant.

Other than that, did you know that before they became a rare delicacy, caviar, oysters and salmon were also abundant and considered cheap once upon a time?

Here Are Some Malaysian Food That Used To Be Cheap Too

Logically, everything will increase in price as the years go by due to inflation. But remember these foods? They used to be cheap! So cheap that no one wanted them.

Being a food easily obtained from the shores of the sea and even drains (Longkang Siham), blood cockles or siham/kerang used to be like RM3 for a kilogram before more people started cooking them at seafood restaurants and they now cost RM18/kg.

Due to pollution and difficulties in getting high-quality ones, the cockles are sold in a variety of sizes and they can get very expensive. Aside from boiled and grilled cockles, they are also very popular in cuisines like Char Kuey Teow, Sambal Kerang, and even Laksa. Hey, maybe it’s the rising demand for these types of laksa that got the prices going up.

READ MORE: Types Of Laksa In (Almost) Every State In Malaysia

If you watch Mantis Shrimps on the discovery channel, they’ll look like these exotic shrimps that could pack one of the most powerful punches in the world. Well, did you know that we can get these in Malaysia too (well the silver mantis shrimps, at least)? They’re called Udang Lipan in Malay and back in the days, people weren’t really keen on them that they were even thrown back to the sea by the jetty.

Nowadays, they’re much much more appreciated since we now know how to eat them properly (yeay!). They vary across sizes but generally, the price for a kilogram of these can be around RM150.

Also known as kekapis in Malay, these molluscs were used as baits for fishermen once upon a time and their shells were used as decorations for locals at the beach. Now that the rich people like them, they are getting expensive! They’re exceptionally more expensive with imported ones from Japan, Canada or UK. For example, a Japanese brand of frozen scallop can sell for RM40/kg.

Okay, we all know canned sardines are like the go-to meal you’ll get if you’re struggling with your financials. Food for the marhaen (low-income group), as they say. 25 years ago in 1997, it used to cost around RM2.50 for one tin and that enough is filling for a big meal with plain rice.

However, with the challenges of raw material availability and prices, minimum wages, logistics and inflationary pressures, the price of the same can of sardines has inevitably increased.

Now in 2022, a tin can easily cost around RM9.15 for only around 3 – 4 chunks of the fishes. For those who can afford may not feel the pain of the increase but for those who depend on these meals on a daily basis, they’re just a bitter pill to swallow.

All in all, we may not have caviar or salmon over here but we do have food that used to be cheap and now costs significantly more due to inflation and also their difficult breeding and storing process.

Is Hajj Getting Too Expensive?