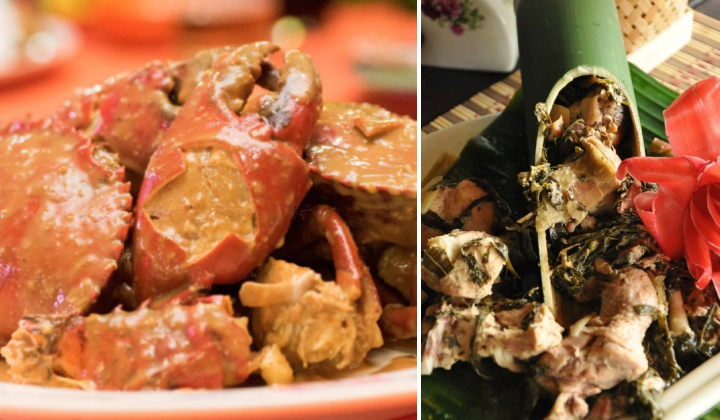 With the National Recovery Plan and vaccination programs fully in motion, it is only a matter of time before the current stage of Movement Control Order is lifted. This means that we will all be able to cross districts and even states very soon, once eager Malaysians are fully vaccinated.

That being said, the first thing that most Malaysians would want to do once these restrictions are lifted is go for a quick vacation in an effort to release all the pent up stress and rage accumulated during the lockdown.

One destination that ticks all the boxes above is none other than Sarawak, which is rich in history, culture, as well as culinary diversity.

Home to more than 12 different local ethnicities, Sarawak is a haven when it comes to traditional food. So if you’re someone who’s all about food and love to explore, this is one of the first places you need to visit.

Let’s take Kuching for instance. If you want to get a taste of traditional dishes that belong to the Orang Ulu and Dayak communities, Lepau Restaurant located at Jalan Ban Hock, is a spot that is worth dropping by.

Nasi Adan Merah, which looks like glutinous rice, is actually a Bario rice dish which is cooked with wild ginger leaves, often eaten with other side dishes.

Ayam Pansuh (also known as Manok Pansuh) on the other hand, is basically chicken that is cooked in bamboo with lemongrass and tepus vegetables, which is covered with sweet potato leaves.

According to the locals, Manok Pansuh is the most popular dish during the harvest festival (Hari Gawai) festivities in Sarawak.

Marichelle Livan Lah, the owner of Lepau Restaurant, said that Pansuh Chicken also happens to be the most popular dish among her customers, especially foreigners who come with the intention of trying out iconic local dishes.

“Lepau” Restaurant, which means “hut” in the Kayan language, has been operating since 2014.

Besides the food itself, the restaurant is also known for its interior design which is decorated with Kayan handicrafts that create the similar atmosphere as an indigenous Kayan village.

The restaurant has also received the Best Innovative Ethnic Restaurant Award at the 20th Malaysia Tourism Awards in 2018.

Traditional food aside, Sarawak is also well known for its fresh and affordable seafood.

In case you’re wondering where to go, one of the best places to drop by is ‘Medan Selera Top Spot’ located at Taman Kereta (Jalan Green Hill), Kuching.

Jong Sze Fui, the manager of Bukit Mata Seafood 25 and one of the stalls in Top Spot said, “Top Spot is actually a mandatory spot to visit for those who love seafood. The stalls here don’t only offer a wide variety of seafood specialties for customers, but also do so at an affordable price.”

To ensure that dishes are always fresh, Sze Fui only uses seafood that was caught earlier on the same day. The “catch-of-the-day” supplies usually come from fishermen in Asajaya, Buntal, Bako, Rambungan, and Pasir Pandak.

That being said, among the most popular dishes at Sze Fui’s stall include butter crab coated with salted eggs, as well as oyster crackers.

As a result of the Covid-19 pandemic, business operations of numerous restaurants were affected due to the Movement Control Order which prohibited dining-in, resulting in declining income and less customer acceptance.

Fortunately, the Sarawak State Government, which understood the situation of small traders such as the ones in Top Spot, has given a rental exemption until December 2021.

In order to survive, traders needed to diversify their services by making deliveries, and also using the services of Grab Food, Food Panda and other agents to increase sales revenue every month.

Some restaurant operators also needed to be creative in creating new business opportunities such as Serapi Garden Café which now sells Serapi Salai frozen food for the market in Kuching.

Here Are The Best Tips For Visiting Ramadan Bazaars Efficiently

What Kind Of Tupperware Is THE Best To Bungkus Ramadan Dinner?