And other common dining mistakes. 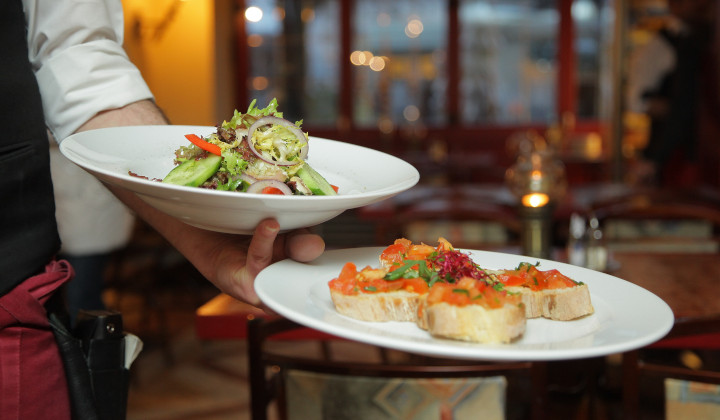 Malaysians are practically professional eaters. We are self-professed foodies who are quick to jump to defense mode when food that’s native to us is prepared or eaten the wrong way, just ask Uncle Roger.

While we’ve been quite clear on the faux pas of eating rice with a knife and fork, some of us might need a refresher on how to eat Western food properly, especially since we love it so much. So, let’s dig in.

Fast food is the no. 1 preferred food on delivery apps

While we as people are generally laid back, our choice of food (and driving) is fast! According to a survey conducted by Rakuten Insight as published on Statista, approximately 76% of Malaysians ordered fast food on food delivery apps in 2020 followed by local cuisine (57%), other Asian cuisines (33%) and western food (excluding fast food) 31%.

Despite most of us thinking ‘fast food’ came from America, it actually first began with the first fish and chip shops in Britain in the 1860s. Almost a century after, drive-through restaurants serving fast food in the 1950s in the United States was popularised and thus, Malaysia’s favourite indulgence was born.

For the sake of simplicity, we will group fast food and western food together in our special rundown of dining etiquette.

This popular Italian food is no doubt a favourite among a lot of people due to its versatility. It provides the base for hundreds of recipes and is super filling.

But how should it be eaten? We looked at the website Etiquette Scholar for some tips and according to them, what you should be thinking about is whether the pasta should be cut or wind.

Noodle length and width will determine whether we cut the pasta or wind it up with a fork. Thin noodles like spaghetti and linguine are wound around a fork. Try to pick 2 or 3 strands with each bit to avoid a bite that becomes too large. In the US, a spoon is at times used to steady the fork. On the other hand, wide noodles – like ravioli or lasagne are cut.

Though there is no proper etiquette with how to eat a burger, aside from with your hands. There is a practical way to eat it.

In a YouTube video by the Food Insider, we’ve been eating burgers wrong our entire life. According to experts, you should actually eat a burger upside down! The main reason is that the bun is usually thicker on top so by flipping it, there’s more bread underneath to soak up all the juices and the burger is less likely to fall apart.

Turns out, there is also a correct way to hold a burger. Japanese researchers spent four months finding the best way to eat one without spillage – thumbs and pinkies on the bottom, and middle three fingers on top. Al Roker of NBC’s Today show joked and said “it’s like a claw“.

Like burgers, pizza is another popular fast food that’s best to eat with your hands. According to many articles I came across online, like this one by The Daily Meal, do not reach for a knife and fork! In formal settings, it may not seem hygienic or polite, but it is what it is.

If there are lots of toppings, create a “U” shape and immediately devour. And if you’re the type to eat pizza from the crust – don’t! It’s considered one of the most amateur mistakes you could make in the pizza-eating world.

Of course, if in doubt, do as the Romans do (e.g. watch the host and follow suit).

UNESCO has deemed Mexican food as an “Intangible Cultural Heritage of Humanity”. What better way to honour their delectable cuisine than by eating it the correct way. That said, the taco is one of the most popular of their foods to eat and yes, there is a proper way to eat it.

First things first, hard-shell tacos are not Mexican. So for those of you craving Taco Bell’s crunchy corn tortilla shell, move along. In Mexico, it’s a soft shell only.

According to the locals, to eat a taco properly, you must use your hands. Take your peace fingers and thumb to hold the centre of the taco. Bite from the side (not the top or the middle!) et voila! ¡tarán!

So now, not only are we food snobs but we can add etiquette snob to the list too. But then again, if you’re truly Malaysian, do what we do best and just ‘whack it lah’.

8 Hotspots For Delicious Plant-Based Meals In Klang Valley (And More)!