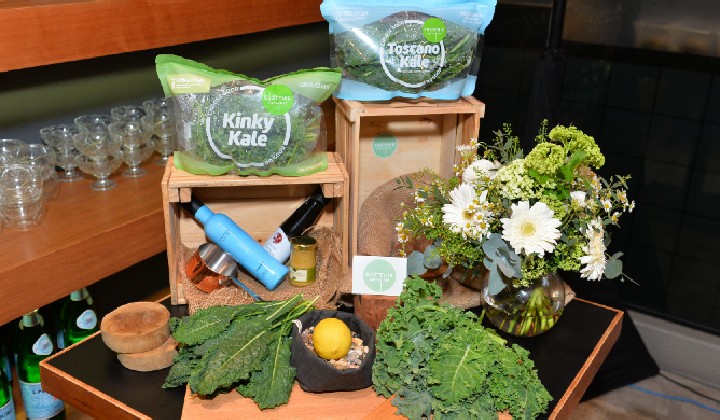 You may have heard of kale, which exploded in popularity a few years ago in the West. It was touted as a ‘superfood’ and was used in everything from salads to smoothies.

Yet it became a bit of a joke to make fun of fad-chasing ‘health freaks’, as the fibrous vegetable is quite well-known for being bitter and an acquired taste.

Kale isn’t as readily available in Southeast Asia since it is cultivated in Europe and the Americas. Sometimes, if you’re lucky, you can find imported kale on grocery shelves costing an arm and a leg.

But this company is aiming to change all that.

A man obsessed with kale

CEO and Co-Founder of Sustenir Agriculture, Benjamin Swan, originally began growing his own kale when he was stationed in Singapore in 2013.

At that time, he couldn’t find good fresh kale, so he simply decided to grow his own kale. He learned about verticle farming to do so, and it turned out successful.

However, while his Caucasian friends enjoyed the vegetable, his Singaporean friends were less fond of the tough bitter vegetable.

Asian vegetables rarely taste bitter (with bittergourd being an exception, but it’s so special we name it after how bitter it is), so it was harder to accept for his Singaporean friends.

So what if kale tasted… Asian?

He turned to high-tech agri-farming methods using Controlled Environment Agriculture (CEA) to cultivate and tailor the taste of kale to be crunchier and sweeter so that Asians would find it more palatable. It worked.

Sustenir Agriculture kale does taste more palatable to asians now, because it actually kind of tastes like gai lan.

Which isn’t that surprising, because kale is part of the Brassica oleracea family, just like gai lan. In fact, there’s another name for gai lan— Chinese kale.

The taste and texture is not exactly similar: the kale we tried does not have gai lan‘s signature thick crunchy stem.

Instead, the kale has a much thinner stem with soft curly leaves and a subtle sweetness when eaten raw. Don’t worry, the proper Asian way to eat vegetables is to cook them– which works with kale too.

Following their success in Singapore, Sustenir Agriculture is growing kale in Malaysia directly to keep the vegetables as fresh as possible with a longer shelf life.

Hence, they have launched the country’s first-ever indoor vertical farm right in Kajang, which will allow for zero-mile distribution to retailers, deeply slashing the usual carbon emissions associated with the distribution of consumer goods.

However, it is also because of this that Sustenir Agriculture can only be found at selected Cold Storage and Mercato outlets within the Klang Valley retailing at RM9.90 per pack.