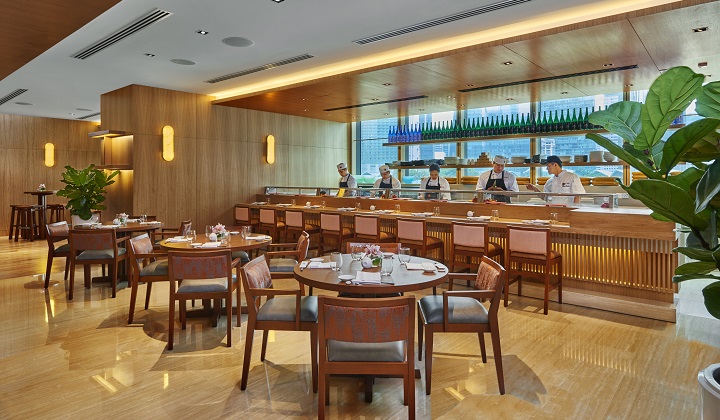 Opened in 2015 at Menara 3 Petronas as Southeast Asia’s first Nobu, the swanky Japanese-Peruvian restaurant’s move initially came as a shock to local gourmands who adored their unique dishes paired with one of the best views of KL’s skyline.

However, rest assured that the new location has injected the Nobu Kuala Lumpur team with renewed vigour – this time to the backdrop of KLCC Park’s iconic water fountain.

With almost six wonderful years at Petronas Tower 3, the 56th floor will always be special to us, not just because of the spectacular views, but because of the spectacular team who helped to build Nobu KL. We look forward to continuing the same Nobu standards of high quality food and quality service in a beautiful setting at our new home at the Four Seasons Place Kuala Lumpur.

As a Japanese-Peruvian restaurant, that’s exactly what guests can expect at Nobu Kuala Lumpur, including Nobu’s signature Yellowtail Sashimi with Jalapeno and Black Cod Miso.

Of course the three months of closure also gave Executive Chef Philip Leong some time to experiment with new dishes that now make its debut.

Nobu will also be reintroducing the tableside experience for special promotions where a certain dish is prepared in front of the guest by the chef himself.

After roughly three months of waiting, I’m so excited to finally welcome back all our guests and see both new and old faces.

One of the exciting new changes for Malaysians to now enjoy is the all-new Sake Room.

Serving sake from a brewery in Hokusetsu, Japan made exclusively for the Nobu Group, the new addition can take up to a dozen guests on an experiential journey of the perfect sake-dish pairing.

Of course, the crowd favourite Hokusetsu Nobu Daiginjo TK40 “The Premium Sake” makes a return to the eager arms of Nobu fans.

Speaking of drinks, the new Nobu Kuala Lumpur’s bar comes back strong with a delightful selection of liquors and cocktails.

Helmed by the Bar Captain, they now offer tipples inspired by the four seasons and, well, Four Seasons Kuala Lumpur.

This editor personally recommends guests request the Bar Captain for the Genmai Toddy Winter that’s a blend of Hennessy VSOP, smoked honey syrup and Genmai cha. Though Malaysia’s heat is hardly welcoming for warm drinks, this cocktail is still a lovely hug and definitely gives mulled wine a run for its money!