The love for spicy food will never end. 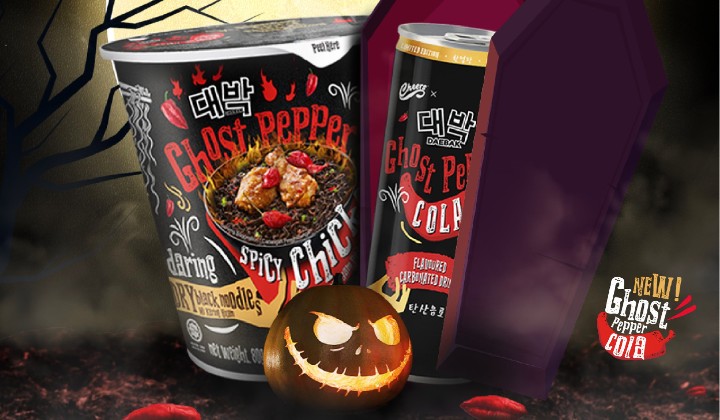 7-Eleven’s Ghost Pepper instant noodles from Mamee’s Daebak series are making a return this month together with a new paired drink to spice up your life: the Ghost Pepper Cola.

In conjunction with Halloween, the Ghost Pepper Combo Pack will feature both the noodles and cola in a special box for just RM8.90.

While there has been no shortage of “crazy spicy” noodles, the Ghost Pepper noodles are said to be quite a challenge, using peppers that kick in at 1,000,000 Scoville heat units.

In fact, many people recommend not eating it on an empty stomach and drinking milk to keep the heat down. Except in this case, you can wash it down with a nice spicy cola.

For people who like that fiery burn, you can pick up a set at any 7-Eleven store in Peninsular Malaysia. Just make sure you don’t lose your memory over it!