Taste
Brought to You by 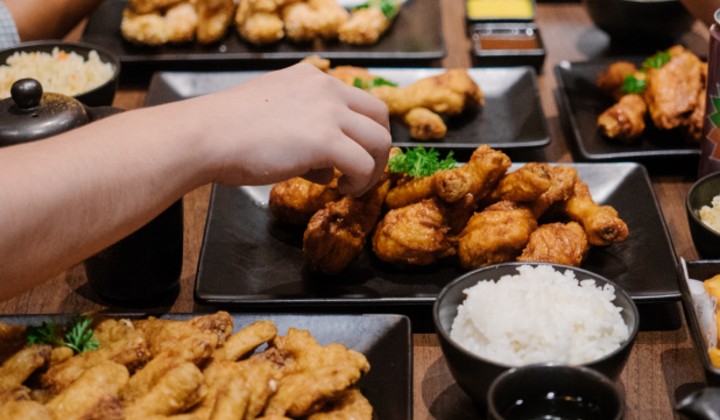 Every culture has their own fried chicken. Malaysia has the red-tinged ayam goreng berempah. America has thick buttermilk fried chicken. Japan has juicy pieces of kaarage.

Traditionally, Koreans only steamed chicken or cooked it in broth. However, Yu Seok-ho studied abroad in the United States and fell in love with fried chicken there. When he returned to Korea, he started selling smaller individual pieces of fried chicken and paired it with beer, which was so well received that the pairing became a cornerstone of Korean culture!

In the past decade, plenty of Korean fried chicken chains started to expand their outlets overseas, everywhere from the United States to Malaysia.

Malaysia, in particular, is a favourite, due to our country’s love for fried chicken and Korean pop culture. In fact, KyoChon 1991 (South Korea’s number one fried chicken brand) has its world’s largest outlet here in our very own The Gardens Mall!

But because of how Malaysians expect the fried chicken to be a main part of their meal, certain restaurants had to slightly change the way they served the dish.

Koreans consume Korean fried chicken as a snack or supper option. There’s no rice or soup served with it, and is mainly enjoy with beer. But in KyoChon Malaysia, we chose to serve it with rice and soup to relate with Malaysians and their culture.

Another twist that KyoChon 1991 Malaysia put on their signature dish is that they serve fried chicken in smaller portions – as small as two drumsticks – whereas in Korea it is served as a whole chicken. This is so that they can cater to more dining preferences: for both big and small eaters, as well as for those who are looking for a filling meal or those who are looking for something to snack on.

Yet why is Korean fried chicken so ubiquitously irresistible? The secret lies in its crunch.

Korean fried chicken, even though deep fried in oil, is surprisingly nongreasy, and boasts a delicate yet crispy crust with tender moist meat.

This is achieved by double-frying the chicken: once to render out the fat in the skin to leave behind a thin crackly crust, and another time to cook the chicken thoroughly. Lastly, the chicken is coated with a thin layer of sauce that is absorbed into the crust, adding flavour without the sogginess.

This special technique is how Korean fried chicken maintains its crunch even throughout the day and doesn’t turn soggy. (If you’ve ever reheated other kinds of fried chicken, you know what I mean.)

A consistent taste is key too, which is why global chains like Kyochon 1991 import their 100% natural and MSG-free sauces and batter directly from Korea, so it delivers the same savoury taste regardless of where you eat it.

We never put additives in our sauces so you can taste the subtle differences depending on the season. For example, our Red Pepper series is spicier during summer because of the hotter and drier weather in Korea. It’s the way nature intended it to be and we won’t change it any way.

Chimaek, as the fried chicken-and-beer pairing is called, is also available for Malaysians to get a taste of that true Korean culture. Most restaurants keep their kitchens halal and offer non-alcoholic beverages to go with their chicken, such as Kyochon 1991’s mocktails and fruit quenchers, to round-out a savoury meal.

While other kind of food trends have come and gone (think rainbow foods), it looks like Korean fried chicken is here to stay for good, judging by how extremely popular it is here in Malaysia.

This article was brought to you by KyoChon 1991. Check out their latest menu and deals here.