Timah Whiskey, named after the Malay word for “tin”, is inspired by colonial Malaya. 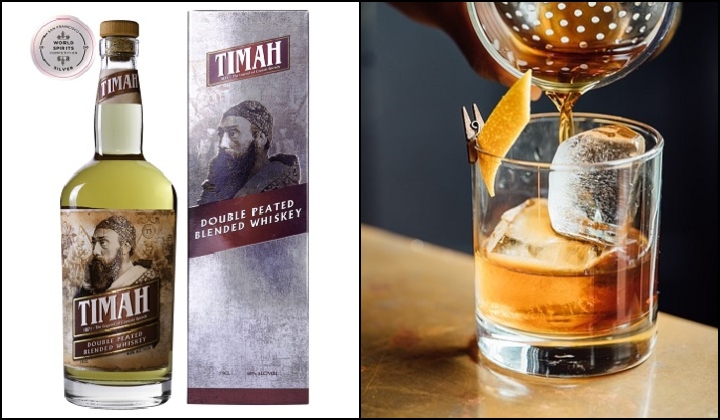 In a tremendous win for the local spirits industry, a Malaysian-made whisky just made history by bagging the Silver Award at the San Francisco World Spirit Competition (SFWSC) 2020.

The winning spirit is Timah, an 8-year double-peated whisky named after the Malay word for “tin”, that was among the “outstanding spirits that show refinement, finesse, and complexity” in the Other Whisk(e)y category.

According to Southeast Asian website OURDAILY, this is the first time a locally produced whisky has been honoured at the annual event.

Produced by Puchong-based Winepak Corporation, Timah is described as a light, floral whiskey imbued with a gentle tropical fruit peatiness. There’s also some peppery notes and a light oak finish, which makes it quite an interesting drink.

But there’s something else that’s intriguing about Timah as well – the bearded man on the bottle.

As it turns out, the man is Captain Tristram Speedy, a 19th century swashbuckling British adventurer who was also the first Assistant Resident of Perak.

Born in India, the explorer spent his life travelling through British colonies and fighting wars before sailing to the Straits of Settlement in Malaya where he also fought in the Larut Wars of 1873 and kept peace in the mining town.

The colonial theme of the whisky is apparently a nod to the role of the British in introducing whisky to Malaya.

This adventurous, local spirit contains 40% alcohol and is priced at RM190.

However, there’s a little bit of patience involved if you want to get your hands on a bottle as Timah announced on social media that it is temporarily out of stock, at least until the end of August and estimates that deliveries can begin from September onwards.

For updates and more information, check out their official website HERE.