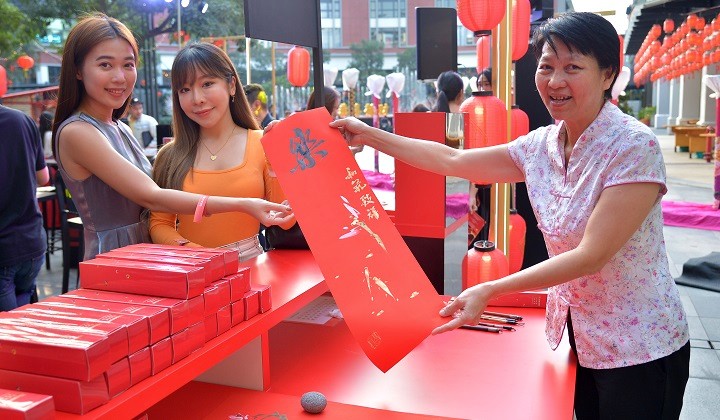 Weâ€™re just one month into the new decade and so much has happened already.

On the global scale, there was the World War 3 scare with escalating tension between Iraq and United States. Millions of humans and wildlife suffocated as bushfires as big as 10 million hectares (almost the size of Sarawak) engulfed Australia.

Back home, squabbles ensued over cultural celebrations at schools â€“ be it the Tamil harvest festival of Ponggal or Chinese New Year decorations.

What happened to the unity and harmony weâ€™ve prided upon ourselves all these years? Where are the laughter and joy of getting ang paus, playing with sparklers and running into your neighbourâ€™s open house for every major festival?

We donâ€™t know about you, but that joy and that hope for all things good needs to make a comeback.

Which is why this Chinese New Year is the perfect opportunity to renew the hope weâ€™ve lost amid the noise and confusion.

According to the famous Chinese folklore, all the animals in the kingdom were invited to participate in a Great Race by the Jade Emperor. The first 12 animals to cross the finish line would forever be immortalised as the zodiac signs.

In the race, the sharp-minded rat noticed that the ox was pulling ahead of the race and tricked it into giving the rat a ride across the river. As the two animals approached the finish line, the sly rat jumped off the ox to cross the finish line first.

And so with the advent of the new cycle and the new decade, the Year of the Rat will begin.

As the first animal of the Chinese Zodiac, rats are known for being clever, inquisitive and resourceful. This can translate into a good year for new experiences and opportunities for success, which is what many are waiting for with eager anticipation.

Recognising that, the renowned cognac brand Hennessy is ushering in the new cycle through their â€œRenewal of Hopeâ€ campaign.

The widely celebrated artist from China is known for his head-turning performance art pieces that stem from a belief that the value of contemporary art ultimately lies in its ability to represent the spirit of the times.

I was thinking about New Year, so it is a time for joy and celebration, but also a time of reflection on essential questions and the cycle of life.

Following this train of thought, Zhang draws a comparison with the â€œlifeâ€ of the French cognac itself. Cognac the spirit is named after the commune in France, and also called eau de vie or â€œwater of lifeâ€.

From this Zhang sees it as a reflection of freedom, hope, prosperity and harvest, which is exactly how he sees the renewal of hope for Chinese New Year.

The spirit of Chinese New Year is to look forward to the future with high hopes, to pursue a better life and to pray for happiness and healthiness of a family.

In Malaysia, Hennessy further elevates their “Renewal of Hope” with an enchanted â€œGarden of Hopeâ€ tree installation at Plaza Arkadia in Kuala Lumpur.

The 12 ethereal trees created by Malaysian landscape designer Lim In Cheong bear bubble-like coloured spheres, where they represent bubbling hope for the future as they weave through the branches reaching for the sky.

This message is certainly one we can resonate with for Malaysia. All we ever want for the nation, as a whole, is for everyone to get along, prosper and live our lives with as much happiness as we can.

So as a pledge to renew some of the lost hope this Chinese New Year, letâ€™s treat each other a little kinder and appreciate the unique diversity that we have.

Thereâ€™s still room for hope for a better, brighter future for everyone.

Find out more about Hennessyâ€™s â€œRenewal of Hopeâ€ campaign & score yourself some special gifts and free drinks HERE.
(FYI, this campaign is only for non-Muslims over 21 years old.)

Glenmorangie Introduces ‘X’ The Single Malt Whisky Made For Mixing