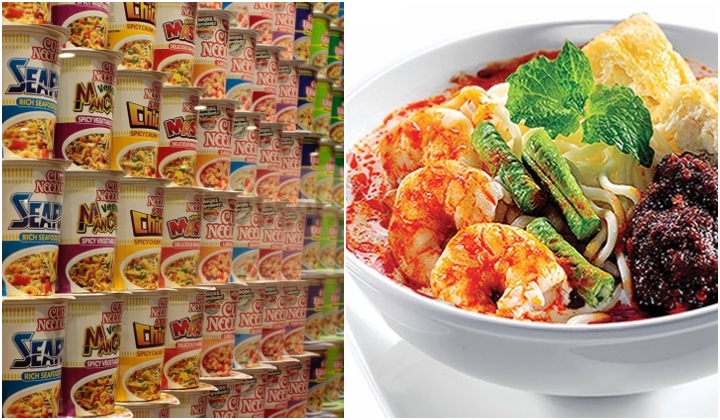 The Malaysian love for instant noodles is unlike any other.

Itâ€™s kept us company during broke student nights, satisfied hunger
pangs while trapped at home and even the perfect midnight snack at the mamak.

Well guess what, it turns out that this love is international
becauseâ€¦

31 instant noodles were ranked based on two factors, taste and in â€˜Truth In Advertisingâ€™, as in: “Is the taste correct to what it says it is?”

Based on these criteria, food columnist Lucas Kwan Peterson invariably fell in love with the MyKuali Penang White Curry, calling it â€œone of the bestâ€ with a â€œdeep seafood flavour, slightly sweet and almost coconutty.â€

At No 5 is Ibumie Mi Goreng Curry Kapitan, deemed a â€œvery
satisfying dry noodleâ€ where the â€œsweet-spicy combo is done exceedingly wellâ€
thanks to its cumin, coriander and chilli flavour profile.

Meanwhile, MyKuali wins taste buds again at No 7 with Lucas crowing the Penang Spicy Prawn as the top for Truth in Advertising for its deep and briny taste. He calls it a crustacean carnival, colourfully describing the soupâ€™s flavour akin to â€œsucking the goopy marrow from the head of a shrimp.â€

In case all you Indomie die hard fans were wondering, donâ€™t worry.
Indomie Barbecue Chicken is No 1 while Indomie Mi Goreng is at No
10.

Surprisingly, our local instant noodles also came ahead of the
Korean Nongshim Shin (No 3), Samyang (No 13) and Japanese Sapporo Ichiban (No
4).

Oh well, it just goes to show that Penangâ€™s food power is not to be messed with. Just like when this Penangiteâ€™s Kopitiam restaurant in New York listed among best new restaurants in America.

Cyberjaya Is Testing New ART Line. Could It Be The Future Of Malaysia’s Public Transport?