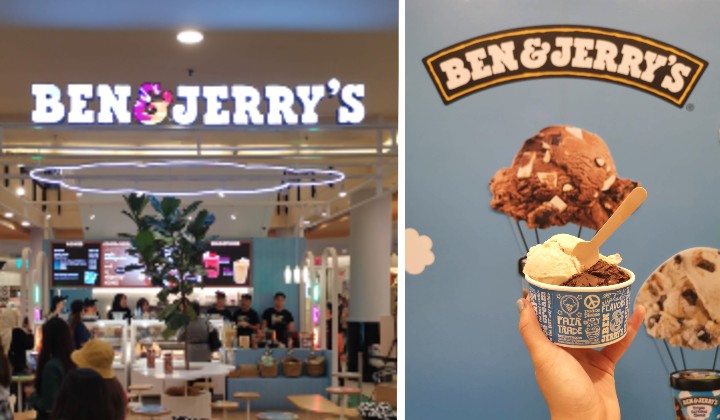 Ben & Jerry’s is one of the most iconic ice-cream brands in America, making its way into mainstream culture often by creating specialty flavours for TV personalities.

The brand is built on social activism, being actively involved in issues such as climate change and sustainability. Ben & Jerry’s is made from fully Fairtrade and non-GMO ingredients.

They’ve brought in 16 ice-cream flavours including ALL their global best-sellers!

Fulfill your curiosity for flavours such as Chunky Monkey (not made with animal parts), Tonight Dough, Cherry Garcia, New York Super Fudge Chunk, and lots more.

Eat your ice-cream the way you want to: in a cup, in a chocolate-dipped giant cone, on a waffle bowl, or even blended with fresh milk as a thick milkshake.

Even better news: Try the ice-cream for free on Monday, 2nd Sept!

Ben & Jerry’s is giving out 10,000 free scoops of ice-cream at their Scoop Shop starting from 12pm! There’s no excuse to miss it as 2nd Sept is a public holiday!

Not only that, their ice-cream will also be available in pints and mini-pints at major supermarkets like AEON, Jaya Grocer’s, and Sam’s Groceria so you can take home all you want and eat a pint in peace.

Some Treats Are Worth Melting For – Get Your Hands On These Best Cold Desserts At Pavilion Bukit Jalil!