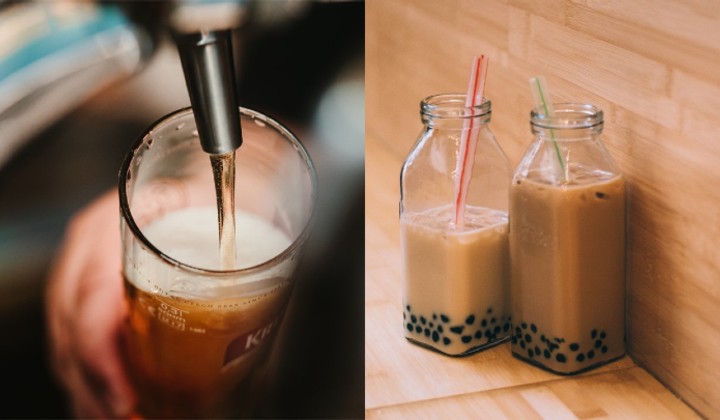 Malaysia’s very own The Beer Factory has just unveiled their BOBA BEER series!

Yes, it looks like we have another bizzare beer beverage, Malaysia. (remember durian beer?)

This boozy boba brew was revealed on The Beer Factory’s Facebook and Instagram pages, presenting four extra bubbly bubble teas made with different types of beers.

There’s a Butter Beer made with Kirin Ichiban, Guinness Milkshake with Guinness, Strawberry Lime Cider with a splash of Apple Fox Cider and Watermelon Beer infused with Tiger Beer that may leave you saying “hari-hari-mau“(I want it every day).

The post also states that the boba beers are here temporarily for RM28.

This boba beer move is hardly surprising though, as The Beer Factory was also responsible for the White Rabbit Beer April Fool’s prank this year. Plus it was only a matter of time ever since the crazy boba fandom took over the nation.

We have no idea what the boba beers taste like or if it’s another prank, but the internet already has.. feelings…

So how now, boba baes? Will you be abandoning SS15 to give the boba beer a try?