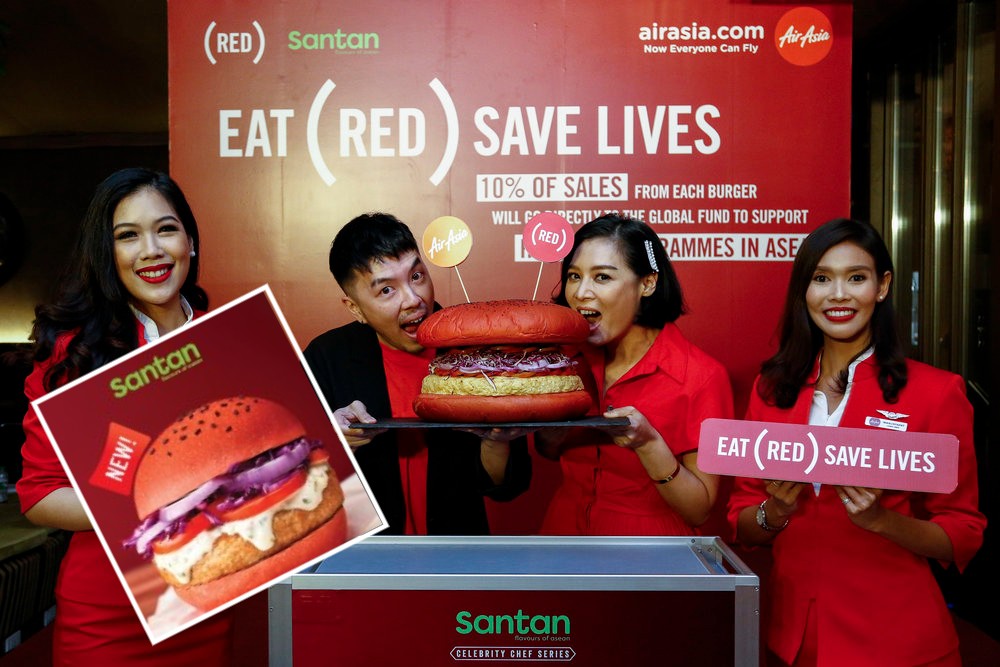 Flying just got a bit tastier for AirAsia customers.

Starting July 2nd, AirAsia passengers would have the chance to experience a one-of-a-kind gourmet experience prepared by one of the worldâ€™s most renowned chefs, all while contributing to a great cause.

Created by New York-based Thai chef, Hong Thaimee, the
burger is described as an ultimate fusion of eastern inspired flavours with a
twist of the western world

Thaimee who was originally from Chiang Mai, Thailand, is
known to be one of the most influential Thai chefs in the US as well as a
respected figure in Thailandâ€™s long-standing culinary culture.

Her latest mouth-watering creation is made of a succulent chicken patty bathed in fish sauce, daun limau purut and serai…

And all wrapped up in a fluffy red beetroot bun…

According to AirAsia, 10% of the sales from every sold INSPI(RED) Burger will be donated to the Global Fund in order to support HIV/AIDS programs in the Southeast Asian region.

The INSPI(RED) Burger will only be available for pre-booking on all flights except for those operated by AirAsia India and AirAsia Japan.

Those who wish to try out this fancy new treat on your next trip can do so via the airline’s official website.