The deal will last for two and a half years. 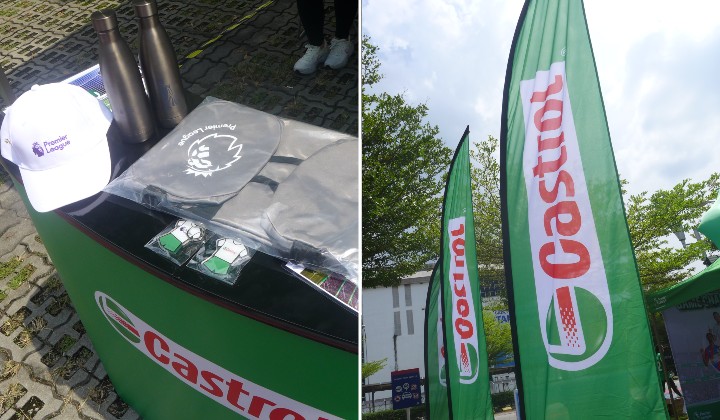 Castrol, one of the country’s leading automotive lubricant companies, has signed an exclusive sponsorship with English Premier League (EPL) for 2.5 years, which commenced in January 2022.

This international sponsorship is built on the success of Castrol’s previous football sponsorships such as the FIFA World Cup and the UEFA European Championships. As the most-watched football league in the world, the EPL is broadcasted in 212 territories to 643 million homes, with a potential viewership of 4.7 billion.

The sponsorship and the accompanying events and campaigns are expected to further project Castrol as a brand that is visible to an international audience and create awareness of Castrol’s versatile range of high-performance lubricants. Through this sponsorship, Castrol aims to showcase its evolving service and maintenance business and provide an avenue for many customers to engage with the two things they are passionate about – automotive and football.

Castrol Malaysia will be conducting various activations for its digital presence, which will include contests and bi-weekly activities. Participants will share their individual recreations of memorable football moments on social media during the period of the Castrol EPL Original Moment contest.

As for the bi-weekly activities, social media users will be provided with questions and games related to football matches. This will create an engaging, fun, and interactive online space for fans to test their football prowess.

Apart from that, on-site campaigns, in strict adherence to SOPs, will be conducted throughout the year. Among the events is an exclusive Castrol X EPL Rover to key locations nationwide to promote the Castrol Game Changers contest which will take place from May to September 2022. During the rover trips, consumers will stand a chance to win Castrol X EPL merchandise with every purchase of Castrol MAGNATEC or Castrol EDGE engine oils.

Following the Castrol Game Changers contest, 20 lucky consumers (with their partners) will be selected from the entries to participate in the Race Off, hosted in a hotel. The top 8 teams that win the Race Off will proceed to the next and final level of the contest, which will be a 2-on-2 futsal match. Two Grand prize winners will receive 4 tickets to watch an EPL match live in England in 2023.

The year is a historic one for Castrol Malaysia, with various celebrations scheduled to take place throughout the year. Castrol Hari Mekanik Malaysia returned with a bang for the fourth consecutive year on 18th March 2022, aligning with the EPL sponsorship for various activities throughout the year. This year, CAS is also celebrating its 20th anniversary in Malaysia, with great promotions and deals lined up for its Malaysian fanbase.

“This is an exciting era for Castrol Malaysia and Singapore. This sponsorship adds another feat to Castrol’s long list of milestones, particularly our collaborative efforts with worldwide football organizations. This alliance will further showcase Castrol’s range of products and services to its audience and create a platform for us to engage with them as well as appreciate them for being with us all this while. We are very excited to kick off the celebrations soon.” said Keow Mei-Shan, Marketing Director of Castrol Malaysia & Singapore.