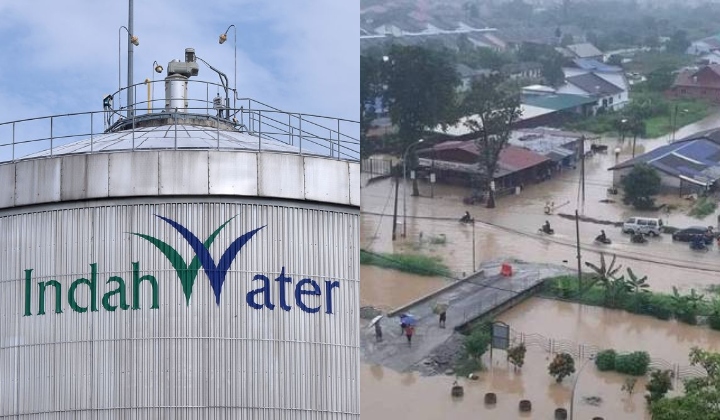 In light of the recent flood, Indah Water Konsortium (IWK) Sdn Bhd is also extending aid to communities and employees who were severely affected by the flood. The national sewerage company will provide assistance in the form of cleaning service, free desludging service, dissemination of food items and essential needs to relief centres and affected staff.

A contribution totalling RM50,000.00, consisting of food items and essential needs will be provided to relief centres to assist communities who were affected during this period.

The massive flood had also damaged an initial estimate of approximately 254 of IWK’s sewage treatment plants (STP), the damage cost of which is approximately RM7 million. The STPs affected are mainly located in Selangor and Pahang. IWK will be able to inspect the extent of damages as soon as the sites can be accessed to determine the losses and speed up recovery efforts.

Currently, recovery process has started and the plants will be operational as soon as the equipment can be revived and power supply restored to the affected STPs.

There were also reports that sinkholes in Selayang and Petaling Jaya had formed due to broken IWK pipes.

In the case of the sinkhole in Selayang, IWK conducted an investigation at the affected location near Pangsapuri Teratai, Bandar Baru Selayang, Gombak, Selangor and found that the private sewer laid on the slope had partially collapsed due to slope failure. The public sewer maintained by IWK at the toe of the slope was not affected by this incident, and is working in good condition.

The sinkhole in Petaling Jaya, on the other hand, was caused by a broken IWK pipe. IWK had mobilised its contractor to barricade the area around the sinkhole and reparation works have begun immediately. Repair works are expected to complete within six (6) days. We advise road users to exercise caution when using the road as the safety of the community remains IWK’s priority.

Customers are advised to use the online services for payment, complaints and development applications. For any queries, customers can get in touch by calling 03-2083 2828 or email care@iwk.com.my.