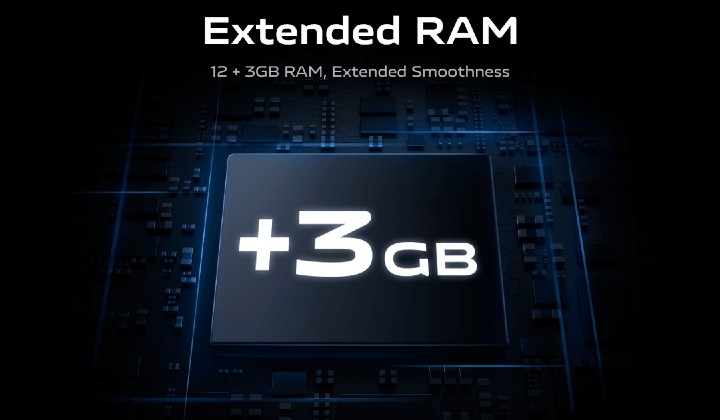 vivo’s introduction of its new flagship X60 series in Malaysia last month redefined the benchmark for aesthetics, power, photography and useability in what is a highly contested smartphone segment.

Despite the immense capability of its new smartphone’s component specifications, vivo has never been content to rely solely on hardware and software advancements to ensure a competitive edge, instead introducing memory optimisation techniques to imbue the X60 series with a groundbreaking memory management technology for smartphones known as Virtual RAM.

What is Virtual RAM?

Whilst considered a new technology in the realm of smartphones, the concept of Virtual RAM was actually adopted from the world of PCs. Built on the simple idea of the RAM (Random Access Memory, which is used to help with processing) being able borrow space from the device’s internal storage capacity (which is either an HDD or a flash drive) temporarily whenever the available RAM is reaching its capacity.

This allows the device, whether a PC or a modern smartphone to receive a marked ‘boost’ in processing power, allowing the user to then multitask over more apps and cutting down on the inherent lag that occurs when there is a significant processing load on the device.

How virtual RAM on smartphone works and what problems can it solve?

Each model in vivo’s X60 series is equipped with 8GB of RAM by default and utilising this new feature, it is expandable up to 3GB from the standard 128GB of the phone’s storage flash drive can be reallocated temporarily as RAM.

This gives the flagship vivo smartphone a temporary processing performance ‘boost’ equivalent to having 11GB of RAM that is especially helpful for power users such as mobile gamers and mobile video editors who may have to deal with multiple, resource-intensive apps running at any given time.

In fact, utilising the Virtual RAM feature, the vivo X60 series is able to cache up to 20 background apps simultaneously, making it an accomplished, efficient and reliable tool optimized for the modern craftsman.

However, it is also worth noting that vivo X60 series smartphones utilise UFS 3.1 (Universal Flash Storage), which is the fastest type of storage used in Android smartphones. Nevertheless, this type of storage performs significantly slower than RAM, so loading apps from the Virtual RAM portion may take more time. To counter this, vivo has deployed complex algorithms that will continuously evaluate and then move inactive apps to the Virtual RAM portion whilst transferring active apps to the dedicated RAM partition to ensure optimal loading times consistently.

Meanwhile, its latest launch of selfie flagship V21 series marks the first in vivo’s V series to packed with the 8GB+3GB Expandable RAM technology as well.

As the stunning flagship and the pinnacle of vivo’s range of smartphones, the X60 series is clearly defined by an innovative approach to mobile technology and steadfast commitment to benfen, which can be best described as doing the right things, and doing things right.

To find out more about the new vivo X60 series or V21 series, visit www.vivo.com/my/ or check out vivo Malaysia’s  Facebook and Instagram.