BN and PN picked this time to hold elections so let’s flood them with ballot papers. 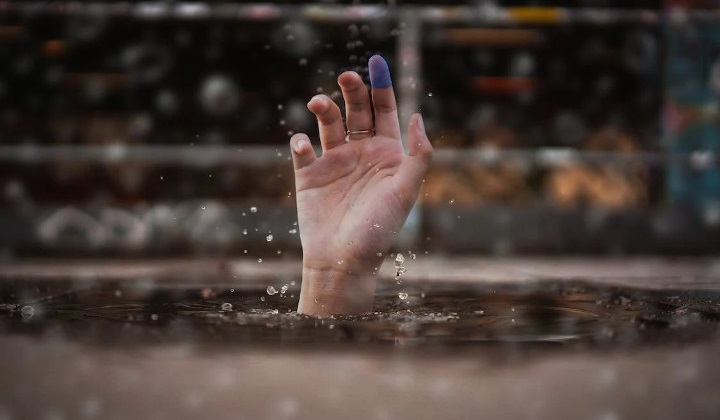 As expected, Malaysians will have to face floods while also going to the polls for the 15th General Election (GE15).

This is not a surprise

The Climate Crisis has been proven to be causing increasingly worse floods around this time every year.

There is no way our political party leaders do not know this when Malaysia has its own Meteorological Department (MetMalaysia) and National Disaster Management Authority (NADMA), which have already issued flood and weather warnings.

Do they just not care? Do they not put the people as a priority?

There was flooding around the same time last year, too.

The 2021 floods were called the “Worst Of The Century”

Over a period of just one weekend in Selangor alone, over a dozen people drowned, hundreds of houses were flooded, and thousands had to evacuate to temporary shelters.

Almost the entire Cabinet, consisting of Barisan Nasional (BN) and Perikatan Nasional (PN) politicians, seemingly disappeared over the weekend and only came back to work the following Monday.

When Malaysian lungs were already filled with water, they came by to ‘help’ and were photographed smiling while riding in boats, waving to people stuck on roofs.

Those photos are now proof that they are not ignorant of these annual floods.

Priorities, am I right?

But even so, as we approached the rainy season UMNO president and BN chairman Datuk Seri Ahmad Zahid Hamidi, who is currently facing multiple charges in court, was more preoccupied with pressuring his party subordinate, and Prime Minister at the time, Datuk Seri Ismail Sabri Yaakob to hold GE15.

At first, Ismail resisted but after a letter signed by his 12 PN Ministers was sent to the Yang Dipertuan Agong, Al-Sultan Abdullah Ri’ayatuddin Al-Mustafa Billah Shah, Ismail sided with Zahid, saying there was disharmony in his Cabinet.

Do we really want 5 more years of this?

BN, which is currently in so much turmoil that it had to force a General Election during which it dropped long-serving MPs on nomination day itself, is offering a narrative of stability in exchange for your vote.

PN, riding on the narrative that they successfully managed the COVID-19 pandemic despite thousands and thousands of people dying while ministers broke the SOPs they set themselves, is asking for your vote.

Under the previous BN and PN government, Malaysians had to beg to be allowed to use up our own retirement savings just to survive, while Ministers traveled the world, disappearing and reappearing with one even coming back slimmer and prettier.

Both BN and PN clearly care nothing for the welfare of Malaysians and they do not respect the democratic process.

The Sheraton Move in 2020 when they decided for themselves to take power for themselves is proof that they do not care what the people voted for during the 14th General Election.

If the theme at GE14 was “Down With Datuk Seri Najib Razak”, let every sunken soaking banner and flag represent a theme I would propose for the coming GE15 polling day.

It translates to “Don’t Look Down On The People.”