The US has been complicit in Israel’s crime against the people of Gaza. 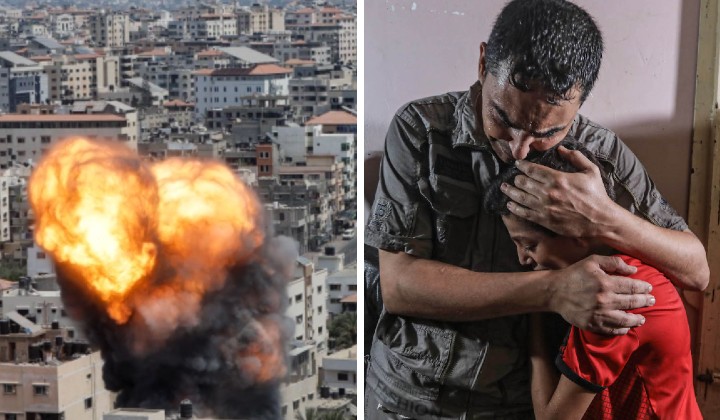 We condemn the recent barbaric and brutal aggression by Israel’s occupation forces on Gaza, killing 10, including a five-year-old child and injuring dozens.

On Friday, Israel launched a new offensive on the Gaza Strip and assassinated a senior commander with the armed wing of Islamic Jihad.

The attack will not be left unresponded by Gaza fighters, and this deadly provocation will create a wave of anger from the people in the besieged territory.

Israel’s reaction that the attack was to protect the lives of Israelis is a repeat of its barbaric policy to justify the massacre.

This is not the first assault of such scale. Israel has consistently created fake excuses to bombard Gaza.

The casualties in the attack are shocking. Even a child was not speared. Civilians are regular targets for Israel. Targeting non-combatants have been the military norm for Israel.

From the decades of suppression, Gaza will not relent, as Israel’s attempt to undermine the resistance and national steadfastness will fail.

We stand in solidarity with all resistant movements of Palestine. We extend our condolences and sympathy to the families of the martyred and injured from the attack.

The attack is the reason for the two-state solution promoted by the US being a no go proposal. Israel itself does not even accept it.

READ MORE: [Opinion] Destruction In Gaza – Is This The Fault Of The Palestinians Themselves?

We call for a strong protest against Israel and the US and urge the UN and OIC to act immediately to stop Israel’s war crime and genocide.

US hypocrisy towards Israel’s criminal operation compared to the Russian war on Ukraine is despicable. Billions of US public money to weaponise Ukraine are outrageous.

For more than seven decades, Palestine has suffered from US weapons of mass destruction supplied to Israel. This is a blatant crime of war against an occupied territory.

The ongoing Israeli airstrikes on the #Gaza Strip will only lead to a devastating conflict where civilians are continually threatened.

The world cannot be a mere spectator of Israel’s brutal crime. In every air raid by Israel, Gaza, the largest open prison in the world, is vulnerable to high casualties.

MAPIM and the Asean Peoples Coalition for Palestine reiterate our call for the international community to immediately act to stop the attack by Israel.

We also condemn the US’s full support of the aggression under the pretext of Israel’s right to protect itself.

This has been a consistent policy of the US even though Israel’s clear violation of international law and its criminal attack and siege of Gaza proves that Israel is a terrorist state.

The world has witnessed many of Israel’s barbarisms and vicious assaults on Gaza, killing thousands, including children, since the blockade of Gaza in 2006.

We demand all heads of governments worldwide not remain passive and display a policy of inaction. The international community must act decisively to end the siege on Gaza.

Gaza has been turned into a killing field by the Israeli forces, targetting children and women with impunity.

The UN cannot keep silent, and all resolutions passed by the UNGA related to Israel’s crime against humanity must be enforced on Israel.

Mohd Azmi Abdul Hamid is a humanitarian activist and recipient of the national-level Maulidur Rasul award.