Food is an under-utilised instrument of Malaysia’s soft power and public diplomacy. 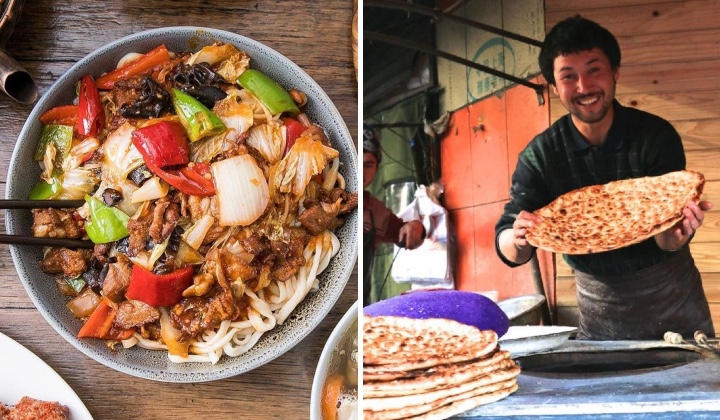 A trend is emerging in public diplomacy that is pricking conscience around the world: gastro diplomacy.

Gastro diplomacy is a concept based on sharing meals and public culinary diplomacy.

It is the art of attracting the audience by fulfilling their stomachs with good food.

After all, food is part of basic human needs and every person on the planet, coming from any country, needs to eat.

An essential aspect of gastro diplomacy is preparing and enjoying meals together.

In the past, gastro diplomacy has been expressed through formal banquets between countries seeking to build closer ties.

Nowadays, it has never been easier to communicate, gastro diplomacy has the potential to help identify a nation or group of people through its culinary culture.

A good case in point is the preservation of the Uyghur people and their culture.

China has been accused of targeting the Uyghurs, who are Muslims living in East Turkistan, also known as the Xinjiang Uyghur Autonomous Region of China (XUAR).

Islamic practices in the region are curtailed, while mosques and tombs are destroyed or altered.

In short, the Uyghur culture is under threat of erasure in a series of ongoing human rights abuse.

The government of China is accused of genocide against the Uyghurs and other ethnic and religious minorities in Xinjiang.

It is which is a series of ongoing human rights abuses and other ethnic and religious minorities in Xinjiang as genocide.

Regrettably, many Muslim countries stay silent over China’s treatment of the former.  They use the idea of Muslim solidarity only when it suits them.

But Malaysia, being a culinary nation, can use gastro diplomacy as a soft power strategy to promote the cause of human rights without straining its bilateral ties with China.

The concept and value of soft power in the field of international relations is important to Malaysia, as it is a small country.

Through food, Malaysian NGOs are well-positioned as non-state actors that can actively participate in international affairs by shaping the opinion of the public to create positive outcomes.

Various tools can be used in order to reach the people, such as cooking classes, food distribution and even the setting up of Uyghur restaurants in Malaysia.

READ MORE: Have You Ever Seen Uyghur Bazaar Naan? It’s So Fluffy And Delicious

Cooking classes and food distribution of Uyghur food – which is distinctly different from Chinese food – will help to reach the biggest public as possible.

After becoming aware, the public will be more interested in the Uyghurs and will look for more information about them.

They will start to look for related cultural events, in order to gain more knowledge about the Uyghurs.

Eventually, some of the interested members of the public will look for more knowledge about the history, culture, economics and deeper knowledge of the Uyghurs.

At the end of the day, soft power doesn’t solve every problem, while hard power involving military resources is definitely out of the question.

Decrying China’s human rights violations is not the same as being anti-China.

But as the global information age continues to grow, soft power will become even more important with time.

Zuhri Yuhyi is a human rights activist and president of Malaysia 4 Uyghur, a coalition of Islamic NGOs, Christian NGOs, Human Rights Advocacy NGOs working together to advocate the plight of the Uyghurs.